Is Kingston A Parish Or A City? 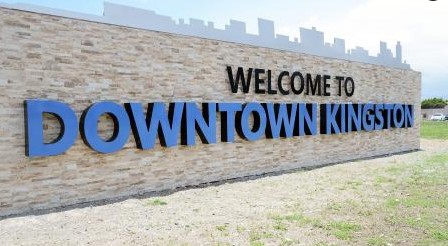 Is Kingston A Parish Or A City? | (Photo: Jamaica Gleaner)

Kingston, Jamaica, our capital city, a parish? What exactly is it? Well, if you said one or the other you are indeed correct. Kingston is both a city and one of the 14 parishes of Jamaica.

What is a Parish?

In Jamaica, parishes are the primary units of the Jamaican government. The country is divided into 14 parishes which began when the English took over control of Jamaica in 1655. Initially, parishes were created to easily define the geographical location of priests in Christianity.

The Parish priest would be put in charge of a single parish and there would be a central Parish Church. Even today, there are still parish churches, it is the Anglican churches, in the capital town of each parish in Jamaica. There have been 14 parishes in Jamaica since 1 May 1867.

Kingston is mostly associated with being a city, so it is often forgotten as the 14th parish of Jamaica.

What is a City?

Cities are usually large densely populated areas crucial to a country's socioeconomic stability. By these standards, Kingston is a city, the largest in the English-speaking Caribbean. The population of Kingston makes up ⅓ of Jamaica’s entire population!

Is Kingston a city or state in Jamaica?

Kingston is the capital city of Jamaica and is also a parish. Jamaica does not have states, our land is divided by parishes instead. It is famous for its fine natural harbour, which is protected by the Palisadoes, a narrow peninsula that has been developed as a recreational and tourist resort.

How many people live in Kingston?

Despite being the smallest of the 14 parishes in Jamaica, Kingston is the most densely populated city in Jamaica with over 900,000 residents.

Is Kingston a city or state in Jamaica?

Kingston is the capital city of Jamaica and is also a parish. Jamaica does not have states, our land is divided by parishes instead. It is famous for its fine natural harbour, which is protected by the Palisadoes, a narrow peninsula that has been developed as a recreational and tourist resort.

How many people live in Kingston?

Despite being the smallest of the 14 parishes in Jamaica, Kingston is the most densely populated city in Jamaica with over 700,000 residents.

When did Kingston Become a City?

The need for a new city arose after the devastating earthquake of 1692 which claimed a significant portion of the then-major town, Port Royal. Many lives were lost and the town's infrastructure was beyond repair so the survivors fled to the Liguanea Plain.

But, this was not a foolproof plan either as even more persons died from diseases due to overcrowding and lack of proper facilities. The decision was made to relocate the town to Colonel Barry’s Hog Crawle and so this land was purchased from Sir William Beeston. In fact, the earliest drafts and maps of the city listed its name as Beeston, not Kingston.

The first attempt at making Kingston the town did not go exactly as planned as many people went back to Port Royal as soon as the shock surrounding the recent catastrophe had worn off. And while it was not the Port Royal they had known. Its past grandeur was enough to keep many people there.

In 1703, however, more disaster came to Port Royal, in the form of a devastating fire. This time Port Royal was abandoned for good and Kingston was declared the chief state of trade and head port for entry into the island.

When did Kingston become a parish?

Kingston was declared an “entire and distinct parish” in 1713, it had already been established as a healthy and thriving town some years prior. The former Port Royal residents and other Jamaica citizens flocked to the town, especially after the Port Royal fire in 1703.

Because of this, it was no longer logical for Kingston to be a part of another parish most likely since it would take many resources to run a town of that size properly.

Kingston in 1692 isn’t what it is today. For starters, it was much smaller, East, West, South and Harbour Streets bounded the original town. Although not much has changed in the original grid of Kingston, except for a few added streets, the city itself expanded to accommodate the influx of people and businesses which needed space in the city.

When did Kingston become the capital of Jamaica?

We know Kingston as the capital today and it just makes sense. It has the largest harbour; the 7th largest natural harbour in the world, which makes it perfect for imports and exports. It is also the business district of Jamaica. But many Jamaicans will know that our first capital was Spanish Town and it held that title for over 300 years.

The switch to making Kingston the capital was first met with great defiance by the residents of Spanish Town and other western parishes despite all the sensible reasons brought forward. Their issue was Kingston was then only fifty years old, a new city. One they did not see outlasting Spanish Town. The first bill to make the change was denied by England.

Kingston did not receive the title of the capital city until 1872, nearly a century after Admiral Charles Knowles had originally made the suggestion. The benefits of having the capital in Kingston and not Spanish Town could no longer be overlooked.

The population was rapidly increasing and the city was more connected to other parts of the world through shipping and commercial activity, much like today.

Now, Kingston is significant, not only as the largest city in Jamaica and the Caribbean but also as the cultural centre of the island as well. Most of our museums, restaurants and nightlife can be found in Kingston, the city and the parish.

Most of the business district including New Kingston is actually located in St Andrew, not Kingston. This may be a little confusing but there is no real indication when you have left either parish and arrived at the other because the Kingston business district extends into to St. Andrew.

References & Sources For Is Kingston A Parish Or A City?