Is Kingston The Oldest Town In Jamaica? 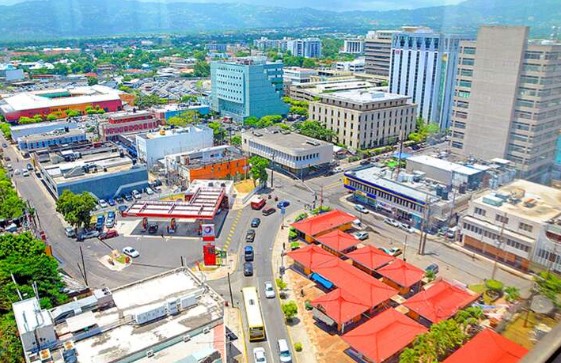 Is Kingston The Oldest Town In Jamaica?

Looking at Kingston now, you can see it took a great many years to make it the city it is today which is very crucial for the economic stability of the entire island. But, would you believe me if I told you Kingston was never a part of the original plan of Jamaica?

Before 1692, there wasn't even a place in Jamaica named Kingston. Let’s go back a few years.

When the Spanish arrived in the 1400s by way of ship, they wasted no time in establishing “Santiago” as a colony of Spain and pretty soon the slave trade began.

They arrived on the northern coast of Jamaica, believed to be in St. Ann and the first town to be established was Sevilla Nueva, modern-day St. Ann’s Bay. Eventually, Sevilla Nueva was eventually abandoned for St. Jago de la Vega in 1534 which would become the capital of Spanish Jamaica.

The Spanish were on a quest for gold on the island and since none was found, the country was barely inhabited during their rule. But that all changed when the British began to govern Jamaica.

Spanish Town remained the capital until 1872 when the title was transferred to Kingston.
A visit to the old capital now would see remnants of the town's Spanish and British occupation.

Is Kingston the oldest city in Jamaica?

No, Spanish Town remains the oldest continuously inhabited town on the island as it has consistently housed residents since it was formed in 1534.

Why Was Kingston Established?

The British kept the already formed towns and so Port Royal and Spanish Town continued in their roles on the island. But all that would change, beginning with the catastrophic earthquake that claimed the lives of many Port Royal residents and sunk the majority of the town.

They then had to relocate to the Liguanea Plains but because it was not designed to accommodate that many persons, many of them died.

The government had to then purchase land to construct an entirely new town called Kingston. A good number of Port Royal residents stayed in Kingston but many went back to the city they had known and tried to rebuild it.

Disaster would bring them back to Kingston as a great fire claimed what was left of the old city and many of the newly constructed buildings as well.

After this, no real efforts were made to rebuild Port Royal and the focus shifted to Kingston instead.

Kingston began to see rapid growth; by 1716 it was the largest town on the island. And then business slowly began to leave Spanish Town for Kingston where the possibility to earn more was far greater.

Merchants and residents of Kingston and Eastern Parishes lobbied for the capital to be moved however, this would not be realised until 1872 when it was officially given the title of capital.

How old is Kingston Jamaica?

Today, Kingston is 331 years old from the time it was established and it has been our capital for 151 years. The most recent census puts its population at 937,700.

How old is Spanish Town?

References & Sources For Is Kingston The Oldest Town In Jamaica?