The date is set!

In only a few days (February 25, 2016), Jamaicans will decide who we want to govern the affairs of this nation for the next five (5) years.

And right now, the campaigning is even more intense!

On one hand, we have a party pulling all the stops to unseat the incumbent (with the theme, "From Poverty To Prosperity"), and on the other, a party hellbent on remaining in power (with the theme - "Step Up The Progress").

A recent Economist.com article, "Let them eat Goats", summarized it well, with a bit of history and recent developments.

By all indications, it appears that it will be another closely contested election between those two major political parties, the governing Peoples National Party (PNP) and the Jamaica Labour Party (JLP).

And their glossy manifestos are out!

With both parties trumpeting their plans to make Jamaica better; the JLP's '10 point plan' vs the PNP's '21 Steps To Progress'.

The governing PNP had a minor lead, and had the momentum, according to national polls, but it appears that with their decision not to participate in the national political debates, the feeling on the streets is that the populace is somewhat disappointed and so the opposition, JLP, might benefit from that - primarily from the uncommitted.

And the tit-for-tat continues, with both parties sounding claims, counterclaims, allegations and counter allegations.

One of the major topics on the campaign trails is the funding for the Opposition leader's house, which we understood was one of the reasons the ruling PNP choose not to participate in any debate with the JLP.

How effective will that strategy be for the ruling PNP though? That is left to be seen.

As usual, we welcome your comments below.

Regards,
Wellesley
P.S. Remember to check your name on the voters list below.

Is your name on the most recent Voters' List?

Please note that Election Day workers, Military Personnel and Police officers will vote elsewhere on the day specially designated for them.

HOW TO VOTE ON ELECTION DAY

HOW TO VOTE, REGULAR WAY (Click Image To Zoom) 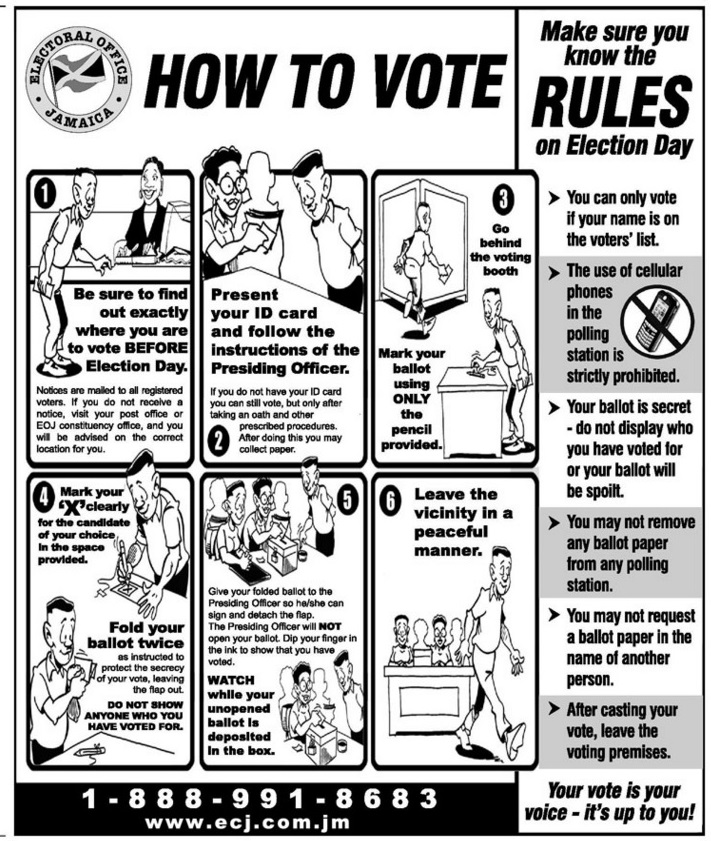 HOW TO VOTE USING EBIVIS (Click Image To Zoom) 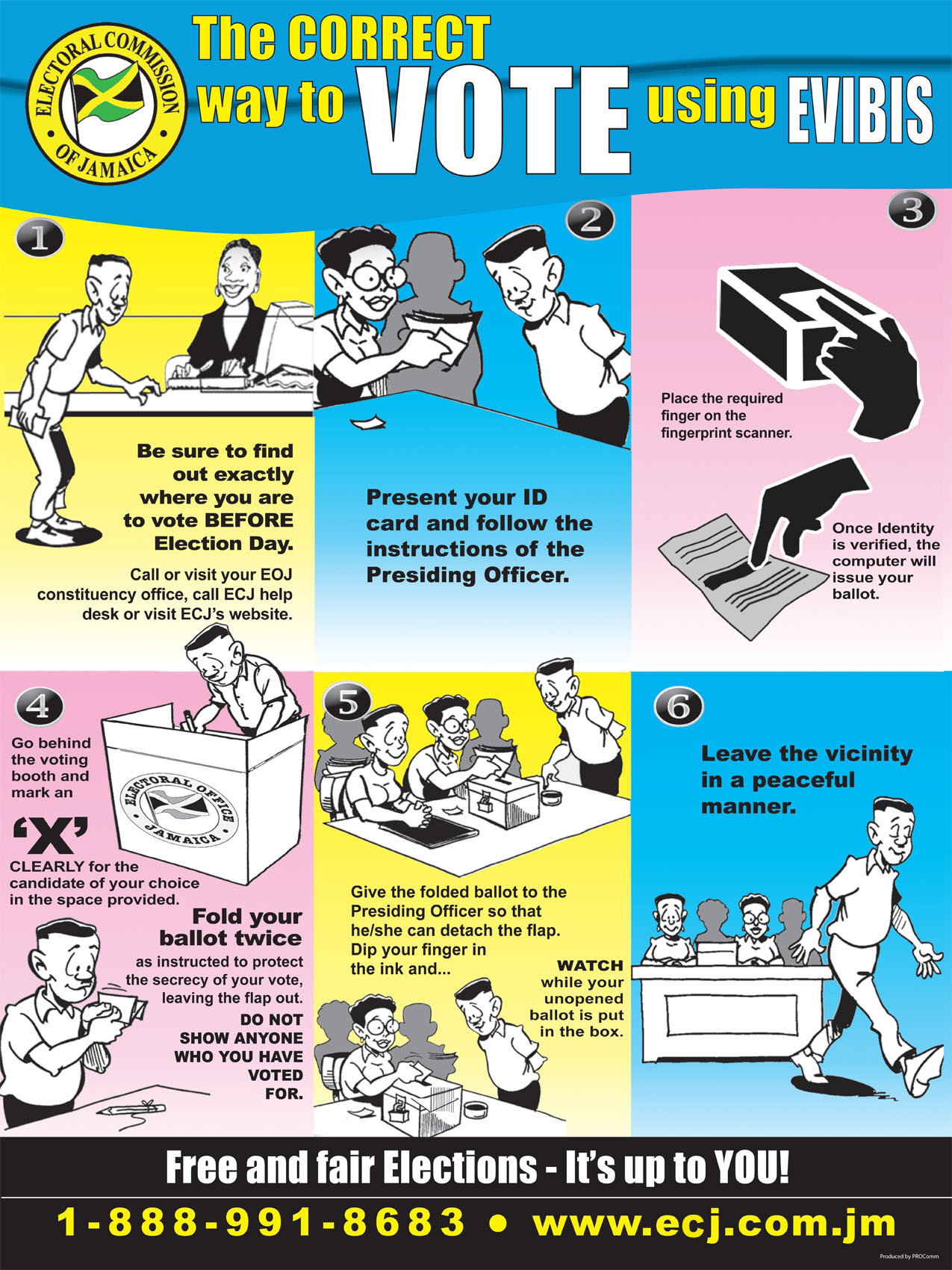