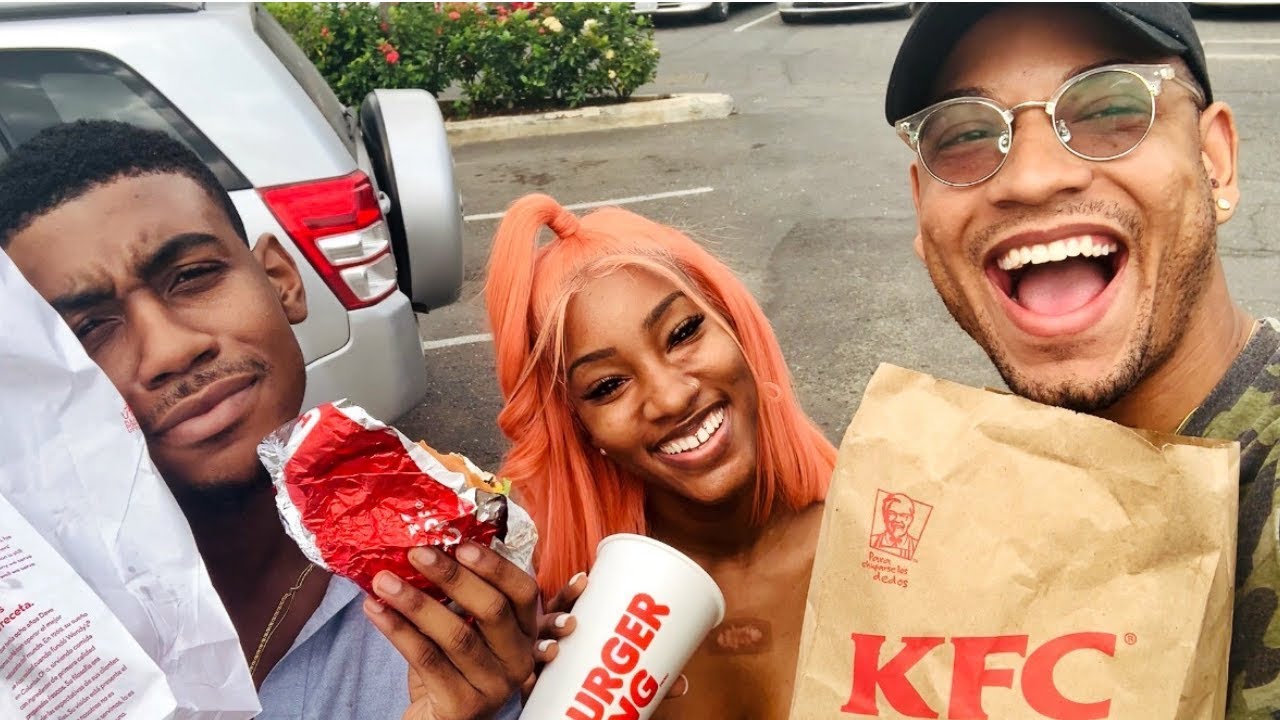 In this new age, media and technology have created a host of new career paths that didn’t seem possible (or were in fact unknown) not that long ago. Not to be outdone, there are Jamaican Influencers who are doing exceptionally well in the space. You might even know some of these faces from other ventures. 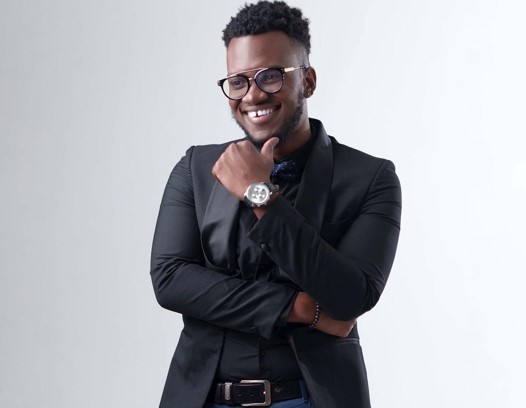 Russhaine Berry gained popularity while he was still attending the University of the West Indies. His “Chinita Goodaz” series while Jamaican songbird Tessanne Chin was a contestant on the voice was the driving force behind his popularity.

Berry capitalised on his success from this series to create the DBS Social Media Countdown, a weekly video on his channel where he recaps all the social topics from the week past. The social media countdown focuses mainly on Jamaica or Jamaicans, regional topics and international topics that are extremely popular.

On his main channel, he also does Vox Pops, the Do Road with Dutty Series and Answer Dis. He also has a Dutty Berry Uncut which is a vlog channel that is a little less structured and shows alot of his daily life and BTS views.

He also has a weekly show the DBS Exclusive where he interviews fellow content creators and affluent persons in the media space.

In addition to all he does in the YouTube and Social Media space, Dutty Berry is also a media personality and you will often see him at major televised events in Jamaica.

Dutty Berry currently has 270,000 subscribers on his channel. 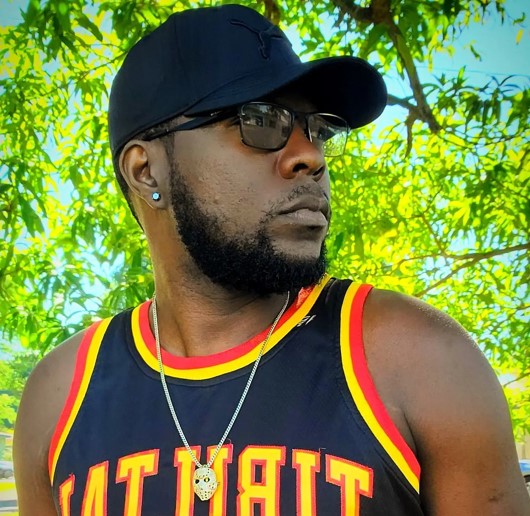 Kevin Swaby has been in the youtube space for a very long time. His funny takes on social topics always make for a funny lighthearted watch.

His “English language series” which pokes fun at the grammar, spelling and word choices in English that we have all questioned, was very popula, as well his parody music videos to popular Dancehall songs.

In addition to his main channel, Kevin2woCrazi has K2K Vlogs, The Ole Eedyat Show and Kevin2wokrayzeeExtra for a combined total of 356,820 subscribers across all his channels. 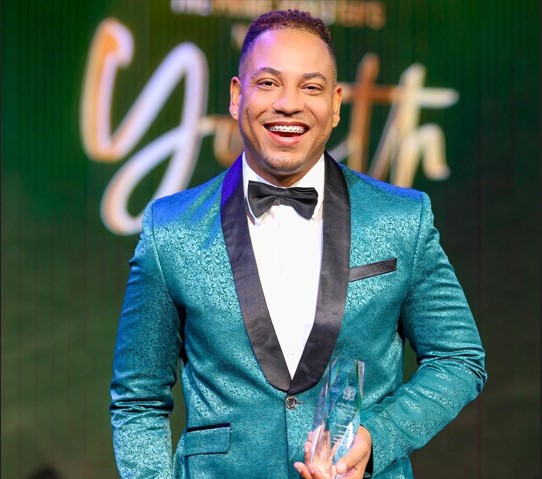 Rohan Perry started out working with popular dancehall artistes before transitioning to YouTube. One of his most popular characters is Patricia who always finds herself in some conundrum or the other much to the dismay of her friend (also played by Perry).

He was a competitor on The Social House, competing with other social media personalities competing for a chance to win 1 million dollars, where he placed fourth.

Rohan Perry was also the awardee for the Prime Ministers New Media Award in 2021, this adds to his Reggae Sumfest Best Comedian award in 2019.

Quite Perry works very closely with aspiring YouTubers and smaller creators and brings them to the attention of his much larger audience through his Youtuber shoutout in each video and various collaborations. 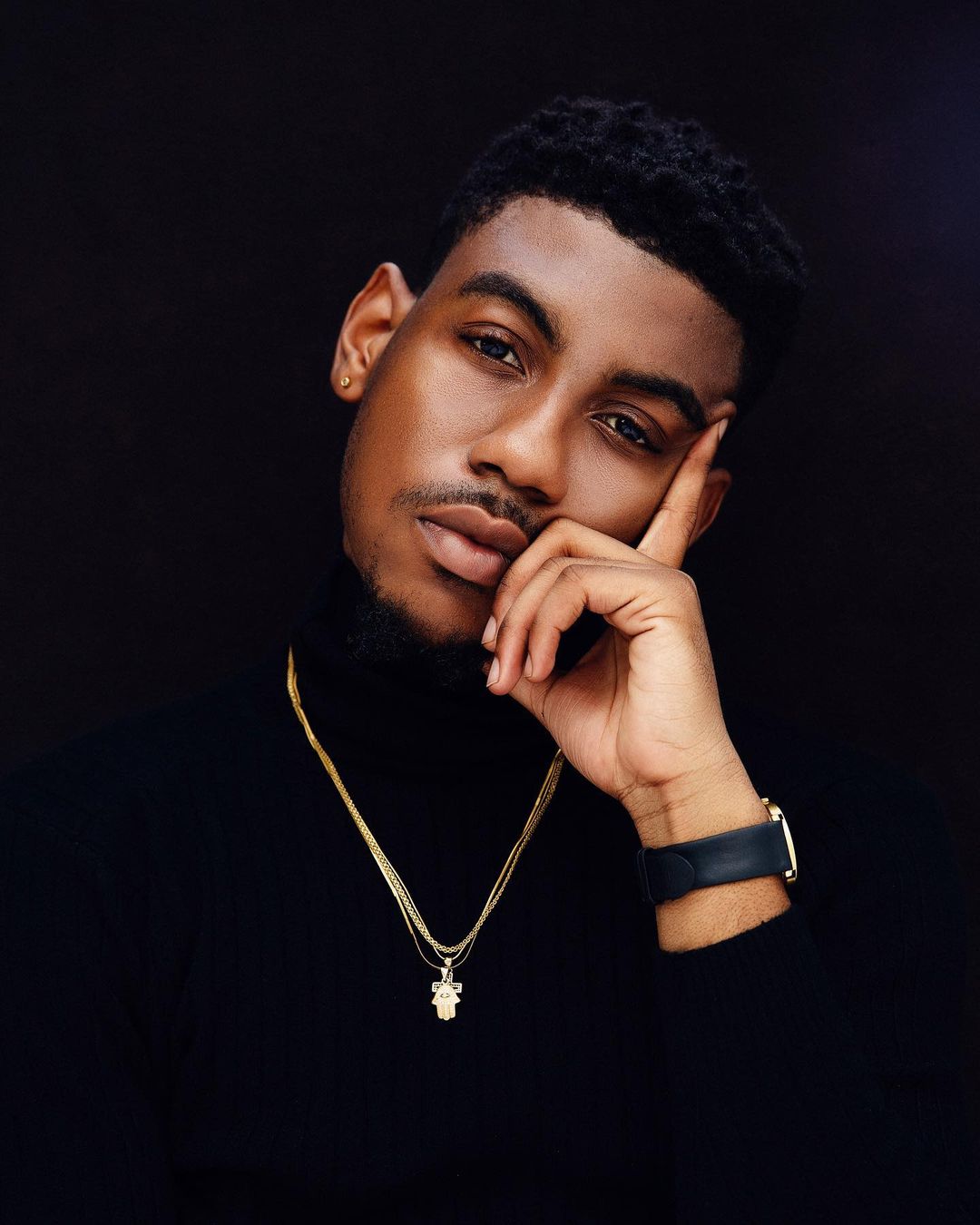 Rushane Campbell joins the media personalities we have seen in recent years who gave up a seemingly “more-established” or “respectable” professions to pursue a career in media.

The lawyer turned YouTuber uses his channel to dish out advice to his 80,000 subscribers, some of whom might be thinking of taking the same path as well. That is not all though, there are collaborations, try-on hauls and vlogs to look forward to. 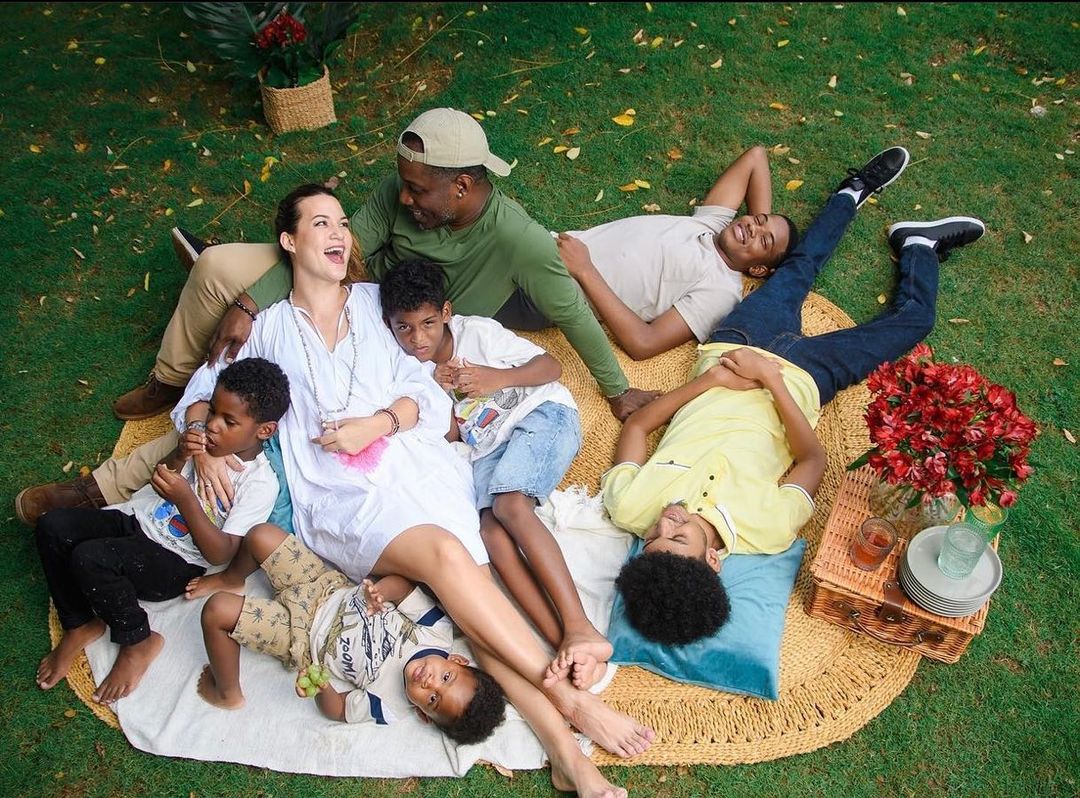 Both Wayne Marshall and Tami Chynn are big names in dancehall music. Tami eventually gave up being an artiste full time for other pursuits including becoming an author, podcaster and radio personality.

More importantly, though, she and her husband Wayne Mitchell started the big Mitchell family they now share with us on YouTube. The families channel is made up of sitdowns, storytimes and vlogs showing the many events in the Mitchell household.

It is also a great way for persons who have mainly known Wayne, a well-established artiste, for his music, to now see him in another dynamic. The Mitchell family vlog showcases the large blended and extended family and their shenanigans daily. Their subscribers number 216,000. 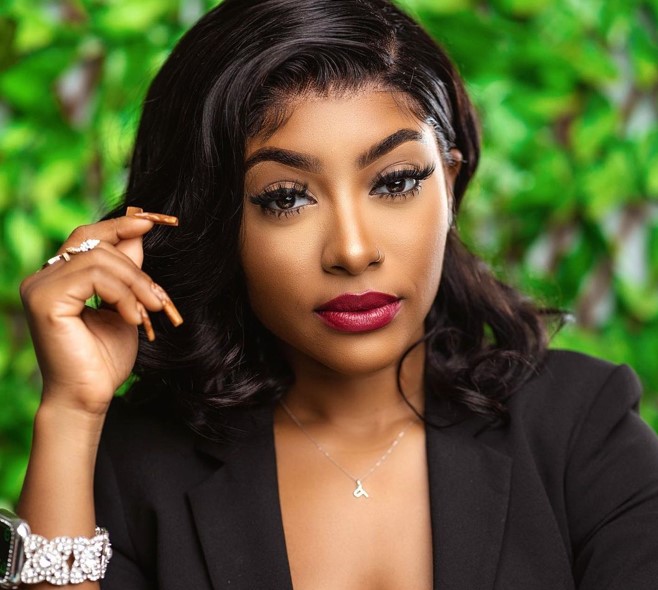 Sue-Ann Gordon Pitter is credited for taking a different approach to YouTube back when it was still very much Taboo in Jamaica. Most Jamaicans had taken the comedy or social commentary route, however, Petite Sue did daily vlogs and make-up tutorials.

Her main channel Petite Sue Divinitii alone has 466,000 subscribers and her Petite Sue Tv vlog channel adds another 82,300 subscribers, making her one of the most subscribed to Jamaican influencers.

Her mom and sister also have their own channels and are frequently featured along with her husband. Recently she has collaborated with a US-based cosmetics company to release her first make-product. 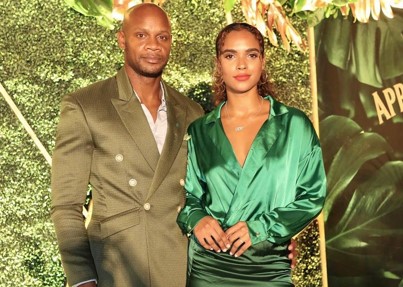 Track and field star, Asafa Powell and his wife, model Alyshia Miller have the family vlog channel, The Powells. Here they share their daily life, trips and family life with their 83,400 subscribers. This is not only a great family vlog channel but it is an opportunity to see Asafa more relaxed and off the track. 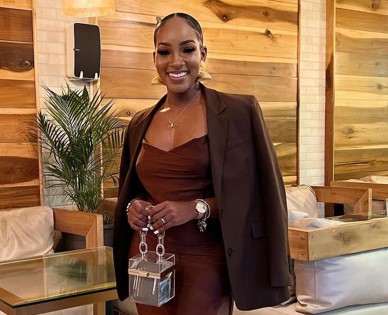 Giving up a career in nursing to become an entrepreneur isn’t something you hear very often. But for Tanaania, this was a perfect choice. At first, she was only running her online store shop NecessiTs but after being in the space for a while and developing an appreciation for YouTube, she began to post her videos as well.

Her channel leans into a luxurious aesthetic with many hauls as well as decor and organisation ideas for her 150,000 subscribers. Tanaania’s channel also features her friends and fellow YouTubers for entertaining collaborations from time to time. 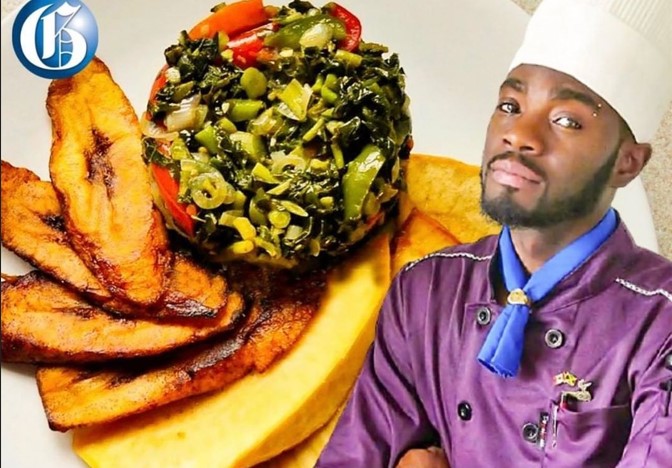 Chef Adrian Morris is many people’s go-to when you can’t seem to remember how to make that one recipe. If you know Chef Morris, it might have been from his KFC series in Jamaica. KFC is the most popular fast food chain in Jamaica, with people patiently waiting for hours to get their favourite combo.

So you can only imagine how popular a video showing you exactly how to recreate your favourite Fast Food at home would be. His channel is mainly dedicated to teaching his subscribers how to make authentic Jamaican meals, which landed him a segment on the popular morning show Smile Jamaica to show off his fried dumpling-making skills.

Morris Time Family is his channel with his wife Alyssa and their two sons and is mainly made up of vlogs. 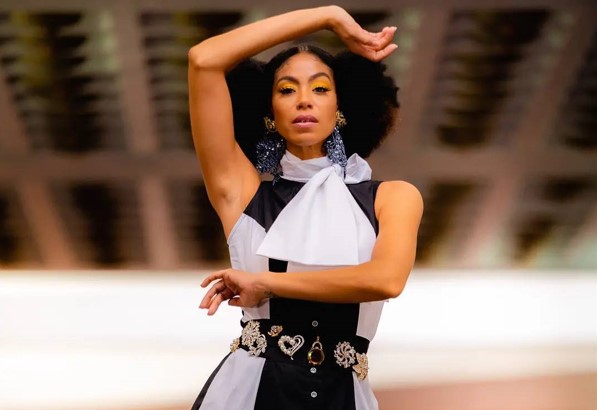 It almost seems that Yendi Phillips was born in the limelight, the Miss Universe first runner-up finalist, and has done various hostings over the years from morning shows to events.

Now her YouTube shows Odyssey W/Yendi allow her to interview some of the most affluent persons in Jamaica, especially in entertainment and media. The relaxed, backyard feel of the show often encourages the interviewee to share many great experiences and life lessons with Yendi’s 107,000 subscribers. 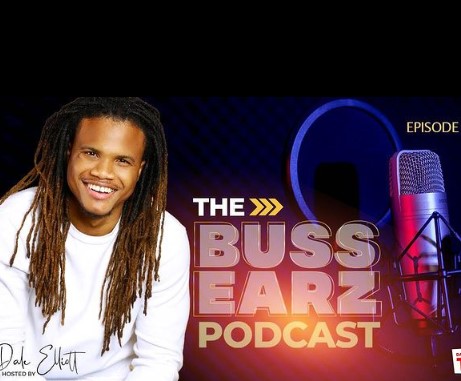 Dale Elliot is an actor, comedian and media personality who was relatively known from his days on Vine before it was shut down. He was catapulted to fame as the leading role in the Will Smith-produced “Sprinter” and from then on he has remained in the limelight. With his content mainly being on Instagram, he has recently started the “Buss Ears Podcast” on YouTube as well. 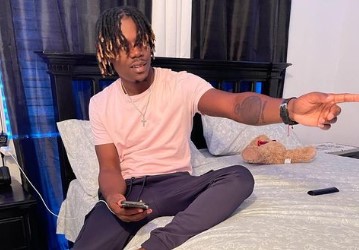 The first thing I think of is Trick Questions and Jamaicans Try which are the two largest series on his channel. The trick questions are done similarly to a vox pop where he asks Jamaicans riddles, trivia and questions that Jamaicans are expected to know only to be met with the most unbelievable responses.

"Jamaicans Try" sees Jamaicans, usually smaller creatives trying everything from snacks to life-threatening spices. These always lead to an entertaining video, something I think his 338,000 subscribers will agree on. 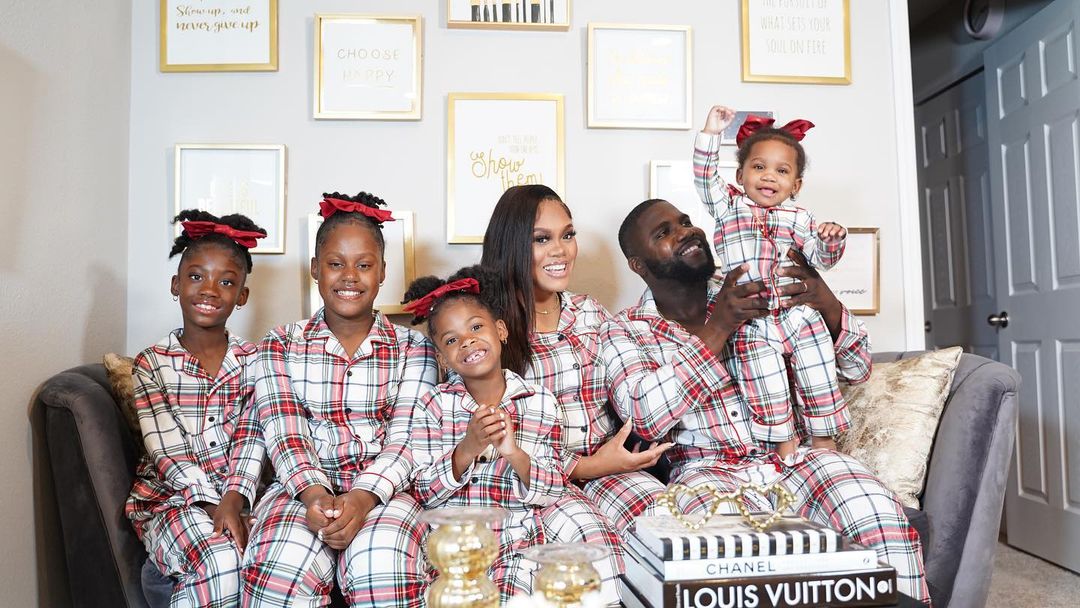 The Carter Family, Chrissy, Cushane and their children have 7 channels which when combined equals 598,700 followers. They both have separate channels, with "WatchChrissyWork" focussing on lifestyle vlogs, CMR Music is Cushane’s music channel, couples, family, kids and a family vlog channel. 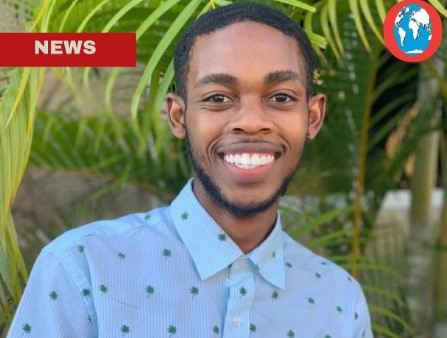 Tiktok rose to popularity in the height of COVID although the app was already fairly successful before that. Many content creators began to use the short vine-like video format to make videos instead of the longer videos that are usually posted on Youtube.

Bwoisy is one of them. Though he describes himself as socially awkward, his 344.1 thousand followers and 11.4 million likes, clearly signal he is doing something right. 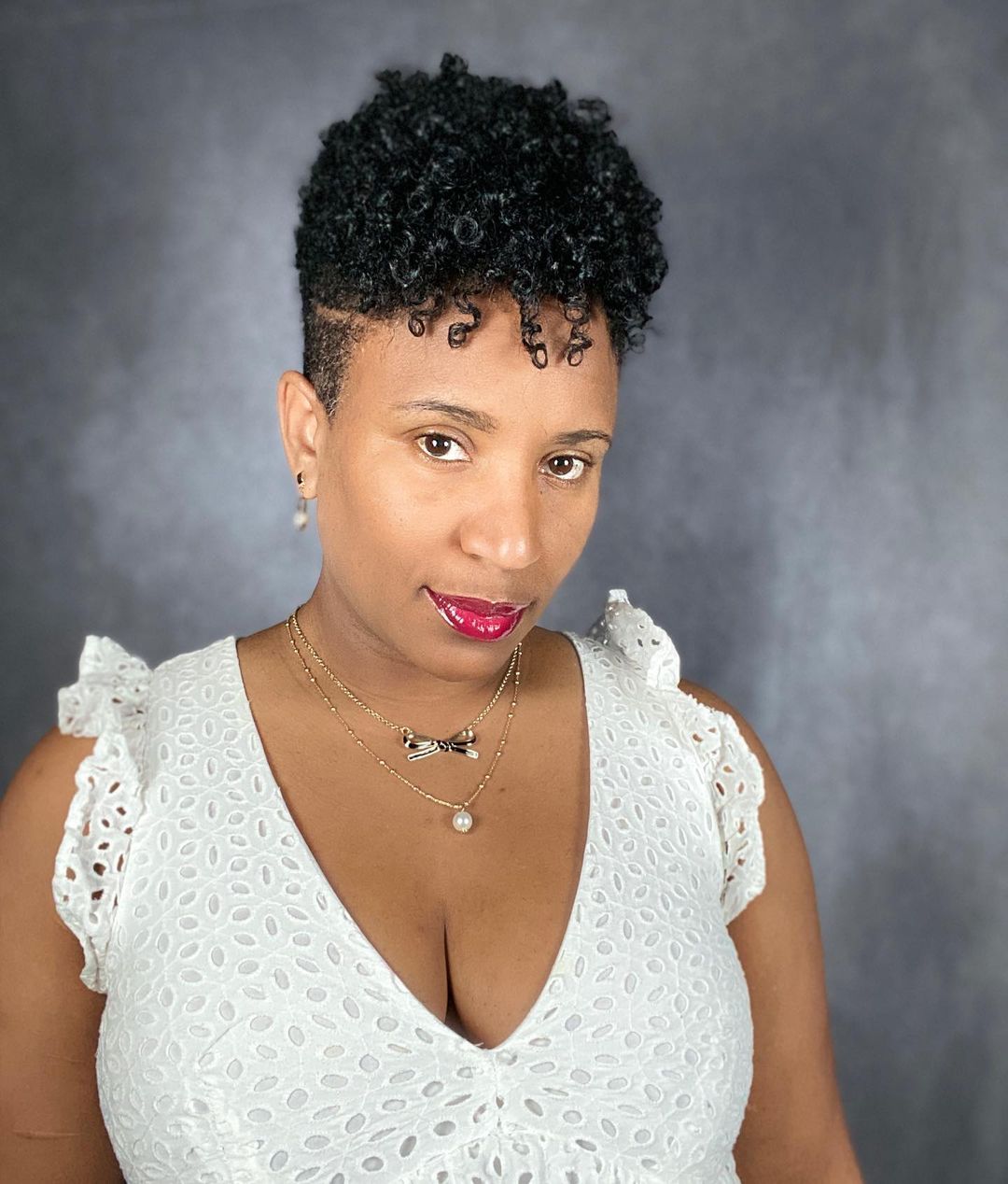 With 389.9 thousand followers tuning in to her Jamaican-related antics, Julie Mango, has also taken advantage of Tik Tok and the short videos you are allowed to post. Her content is focused on entertaining but relatable dramatised videos about Jamaica and Jamaicans in various settings.

There are so many other up-and-coming YouTubers who we will soon be able to add to this list of game-changing Jamaican influencers, media personalities and content creators. This is just the very beginning.