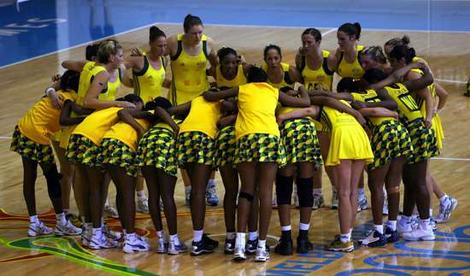 And this, our number one female sport, is a testament to that. Jamaica's netball team has consistently rank in the top 5 countries in the world!

The national team is known as and appropriately called the Sunshine Girls. We have 4 squads; the under 13, under 16, under 21 and the senior squad.

History Of Netball In Jamaica

Netball was introduced to Jamaica by English women who came to teach in our girls secondary schools. The game became apart of the physical education programme since 1909.

Netball’s popularity among Jamaicans began to grow as it was introduced to various clubs, schools, churches and businesses island wide.

The Jamaica Netball Association became affiliated to the West Indies Netball Board in 1959.

The first Jamaican netball team was founded in 1959 and was invited to play in the West Indies Tournament in Montserrat in August 1959.

The recent achievement of second place in the world, is testament to the hard work over the last two years, according to Sports Minister, Babsy Grange.

With that Jamaica has gone down two places from where it was a  year go (this time), and has taken exchanged places with New Zealand, with our sights laser focused now on Australia in first place.

To learn more about the Jamaican Netball team, their latest achievements, statistics etc, visit their page on the Jamaica Olympic Association website.

But what is this NETBALL? Who invented it? What are the rules? And how is it played?  Here's a quick background to the sport.

Netball - A Background To The Sport

Netball was invented by Dr. James Naismith, a Canadian physical education teacher. Dr. Naismith main goal was to keep his students physically occupied indoors during the winter months. Netball is based on running, jumping, throwing and catching.

A team has 12 players but only 7 are played on court on each team in any game. It is played into four 15 minutes segments called quarters with teams changing shooting positions at the end of each quarter.

The game begins with a center pass, and center pass is changed after a goal is scored.

Netball is a non contact sports, which means no player should be in personal contact with an opponent. All attempts to score a goal must be taken inside of the semicircular area around the goal post. This area is called the goal area.

The sport is similar to basketball in many respects, but differs in a few key ways.