If you have ever been to Jamaica you will have noticed that although the people here speak English, it has a different sound to it than that which is spoken in other parts of the world which also use this language.

The Jamaican people speak in a dialect known as “Patois”, which has its own unique vocabulary of words.

It may be confusing for someone who is unfamiliar with this manner of speaking to understand what is being referred to when Patois words are used, this guide provides a bit of insight as to the meaning and background of some of the ones which are most commonly used. 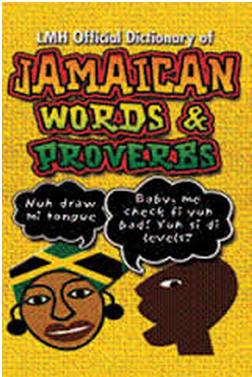 Where do Patois words come from?

Many of the words used in modern-day Patois spoken by Jamaicans, are derived from one of several African languages which were brought over when the first West Africans arrived on the island during the Atlantic Slave Trade.

Over the years, the original forms of such words may have changed slightly, but you can still see how they are related.

Duppy – Ghost, spirit. Comes from the word “Adopi” in the Akan language.

Anansi – Spider. From the same word in the Akan and Ewe languages. Anansi the spider is the subject of many African folk tales.

Obeah – Witchcraft. Originally from the word “Obayi” in Akan.

Jook – To poke, with a needle etc. From the Fula word “Jukka”.

Nyam – To eat. Comes from the word  “Nyaam” in the Fula language.

Uno – You in plural form. Originates from Igbo word  “Unu”

Rastafarianism is a religious way of life followed by some Jamaicans, it is based on the teachings of Haile Selassie. Also referred to as “Iyaric”,  it stems from the language known as Amharic, spoken by Selassie himself. Rastafarian words typically replace the use of  “me” with “I” to stress the importance of each man's individualism.

In fact, many Rasta words start with “I”, which is used to replace the first syllable of many common words, for example:

I-nity – means the same as unity.

I-tal – means vital, and is used to refer specifically to the diet of “pure” foods eaten by Rastas

I-ree – a state of peace and happiness

Some words which have one meaning in Standard English, are used to mean something altogether else in Jamaican Patois.

This can be a bit puzzling for those who are not aware of this fact and they will be surprised to discover that the person speaking was referring to something different from what they imagined.

Here are some examples of familiar English words and what they mean when spoken by Jamaicans:

Flex – to do something, plan an activity

Foot – often  used to refer to the entire leg

Fresh – not sweet, without flavour

Pull – to open something

Sciance – to practice witchcraft or Obeah

Hopefully this little lesson will come in handy some day when you hear someone talk in Jamaica and you realize that you understand what he or she is talking about.

Even if you never hear these words again, it's still fun to learn where they came from, how they have changed, and how the same words can mean different things in other places.