Rastafarian Jamaica
An Insight Into A Rich Aspect Of Jamaican Heritage

From time to time I’ve heard persons said that when they travel to other countries and mention that they are a Jamaican, the people seem quite surprised.

Why so? Apparently they were expecting to see someone sporting a long dread-lock hairstyle or dressed in rasta wear.

But the fact is, and this might surprise you! Less than one percent of the close to 3 million people in Jamaica are actually Rastafarians!

It's the impact perhaps,  the Jamaican Rastafarians have made across the globe, not just on religion but on culture, particularly music!

And so, we are proud as a country to be the birthplace of this special people.

But did Rastafarianism come about? Let’s dive deeper into this popular religion in Jamaica. 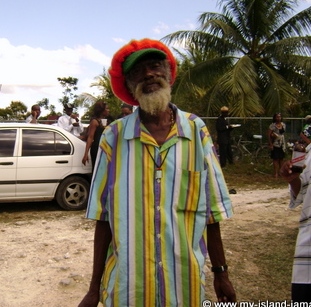 The Rastafarian movement started in Jamaica soon after crowning of Ras Tafari as the Negus of Ethiopia, meaning "King of Kings" during the 1930s.

The original name of Haile Selassie was Ras Tafari Makonnen which later became the basis for the name of the religion. Selassie is hailed by Rastafarians as "Jah Rastfari" or the "Black Messiah".

After his crowning, his title was later changed to Emperor Haile Selassie I.

He also took on several other titles such as “Conquering Lion of the Tribe of Judah”, King of Kings of Ethiopia” and  "Elect of God".

Marcus Garvey, a black and highly regarded political leader at the time, endorsed this coronation and believed it to be fulfillment of prophecy based on Psalms 68:31 in the Holy Bible.

He is believed to be the one who would save the black people from the white oppression and pave the way for blacks to be repatriated to their Africa, their homeland.  This prophecy served as the basis of the Rastafarian movement.

You cannot talk about Rastafarianism and not mention Leonard Howell. He was considered to be one of the early founders of Rastafarianism in Jamaica and played an integral role in it’s development.

April 21, 1966 would be a memorable day for all Rastafarians in Jamaica.  This is the day when Haile Selassie made his royal visit to Jamaica.

The Rastafarian movement did not resonate well with the majority of the Jamaican population though, including the Government.

They were often targeted and harassed, persecuted and ridiculed. We learned that the police officers whom they often referred to as “Babylon” would shave their heads and cut and trim their locks. Some of their houses even got burnt.

Which brings me to the infamous...

The Coral Gardens Massacre was one of the worst atrocities that happened during the early Rastafarian movement here.

It occurred between April 11 and 13 in 1963. Over 150 Rastafarians were detained, tortured, beaten; some even died as a result of a joint police and military operation.

This was in retaliation to a riot at a gas station in Coral Gardens (near Montego Bay, St. James). This riot was initiated by some Rastafarians who burnt down the gas station protesting social injustice.

The Rastafarians then were considered a major threat to the stability of the country, some groups were even accused of plotting to overthrow the Jamaican Government!

Persons such as Reynold Henry and his co-conspirators were charged for treason and hanged.

The Rastafarians om Jamaica has come a long way and today. Today, not only are Rastafarians practicing their faith freely, they are integral to the social fabric of the country, including contributing greatly to the economy of Jamaica through businesses - large and small. 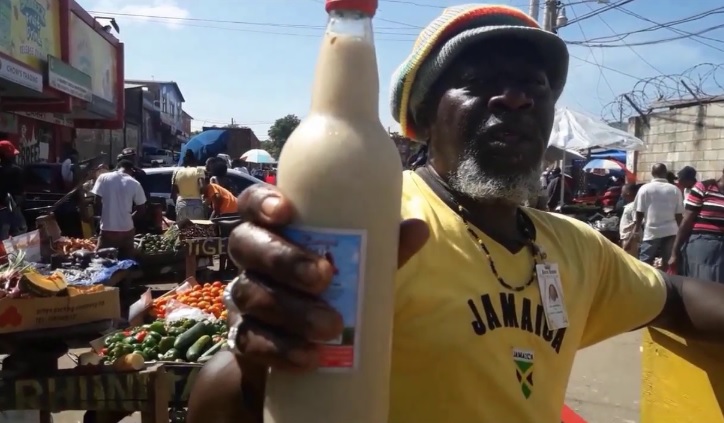 Rastafarians are also found in all class and strata of Jamaica today, including law, music medicine and even, yes, politics - the same institution that was once their enemy!

We have also heard of plans by the government to provide reparation to survivors of the Coral Gardens Massacre.

By the way, it is argued that it is Rastafarians, led by the pioneers, including the likes of Bob Marley, Dennis Brown and Peter Tosh, who has placed Jamaica on the world map through reggae music.

Types Of Rastafarians In Jamaica

There are three main sects of Rastafarians in Jamaica today.  Let us get to know them better.

Additionally, there are other contemporary types ascribed to Rastafarians here, including... 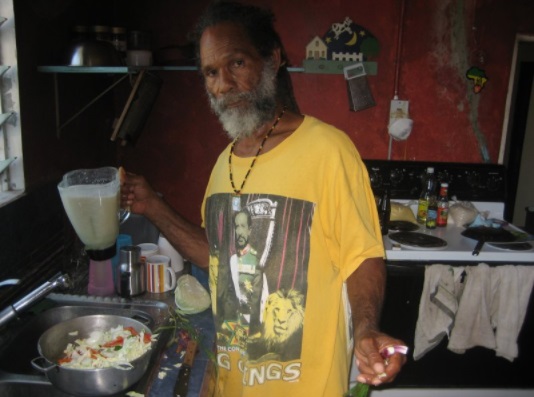 The following are typical of Rastafarian Jamaican food.

Rastafarians do not have a specific or designated building for worship. However, you will find that they meet weekly whether at the home of a believer or at a community centre.

Some call these meetings “reasoning sessions”. These sessions include, chanting, prayers, singing and discussions.  Marijuana (often referred to as the holy herb or wisdom weed) is also smoked for an elevated spiritual experience.

New! Watch Video Of Rastas In The Hills Of Jamaica (below)

So how do you know a true rastaman? Here are some of the visible marks and symbols .

The rastafarian language uses all the attributes of the Jamaican patois but with a a twist. They have added new words and meanings.

Here are 12 popular Rastafarian phrases you may want to impress your friends with, I'l list the saying and then the meaning...

Want more? Here's an insightful documentary on the typical lifestyle (or livity) of Rastafarians in Jamaica.

Other Pages Related To Rastafarian Jamaica