The History of Portland, Jamaica 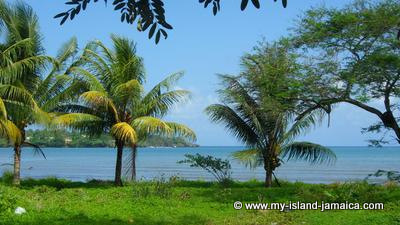 Photo: East Harbour, Port Antonio - Portland
Portland is one of the most beautiful places in the world. Even as Jamaicans, no matter how many times we’ve seen the beautiful beaches, lush greenery and outstanding architecture of Portland, we are still left itching to visit immediately after we've left.

The parish is often described as the playground of the rich and famous and with frequent visits from the wealthiest both Jamaican and international stars I would have to agree. But what is the story behind the parish of Portland? Was it always the tourist and agriculture hub that it is now? Let us find out!

The History of Portland

There was once a time when Jamaica had 22 parishes. Can you believe that? I can hardly imagine having to learn about 22 parishes in school instead of the 14 we currently have. Anyway, the parish of Portland is actually a merger between two smaller parishes, St. George and St. Thomas in the East. This was done in 1722. Where did the name Portland come from? It was named in honour of the Duke of Portland when he became the Governor of Jamaica from 1722 - 1726.

At first, populating the parish was a big challenge. To sweeten the deal, the then Governor offered a grant of 30 acres of land to protestant European settlers who wished to relocate to the parish. He also offered 20 acres to free people of mixed ethnicity, Indian and black people.

Even this was not enough to encourage people to move to Portland and he added the promise of food provisions as well as tax and jail exemptions for three years.

Still, it wasn’t enough to encourage people to move. You see, the immigrants were able to farm high up in the Blue Mountains as they were not used to the rugged and unpredictable terrain. The long-standing battle with the Maroons of the East (for obvious reasons) didn’t help either. The Maroons were adamant that a settlement would not thrive in Portland.

But despite all of this, they were able to find the plant most suitable for Portland’s landscape - bananas. The export of bananas was the driving force behind Portland’s economy. This was spearheaded by American businessman Lorenzo Dow Baker who shipped the first box of bananas from Portland to America, which led to the ultimate dethroning of cane as the king crop in the parish. This translated into wealth for the European settlers. This also led to another stream of income for the parish through tourism.

We all know of Montego Bay, Negril and Ocho Rios as the tourist towns of Jamaica today but before all of this, it was in fact Portland where everyone rushed to for vacations. During these days, there was even a railway service to facilitate easy transportation from the parish capital Port Antonio, into Kingston and Montego Bay.

Portland was marketed as the place to be and was showcased in many Hollywood films for its beauty and the wealth associated with the parish. This even further enhanced the intrigue of the parish and led to the building of hotels and villas including the world-famous Frenchman’s Cove which was one of the most luxurious and expensive hotels even today.

The hurricanes and the Panama disease did not take well to the banana industry and thus led to the decline of the economy and popularity of the parish. Although the parish was responsible for the cultivation and export of coconuts as well, it was not enough to sustain the parish.

Port Antonio has become one of the most popular tourist destinations in recent times, reclaiming some of its former glory from the 1700s. Its economy is still fueled by bananas and tourism. Port Antonio was first named Port Anton by the Spaniards when Jamaica was under Spanish rule before the British captured the island in 1655. After this, the name was changed to Port Antonio.

Shortly after this, it was renamed Titchfield but no one ever used the name so, they reverted to the old name once again.

The Titchfield Hotel, built by Mr Baker through his United Fruit Company in 1987 was the largest hotel in Port Antonio in its day. It played host to many of Jamaica’s wealthiest visitors.

While the once-thriving town took a hit from the decline in banana production all those years ago, the tourism sector has been heavily invested in making it more sustainable on its own and not just off the back of another product. Not that this was a difficult task, to begin with, the beauty of the town speaks for itself.

The Port Antonio Harbour, which is separated by the Titchfield peninsula into the East and West Harbours is also a driving force behind the resurgence of popularity for the town and parish.

Buff Bay was the capital for another parish, St. George before the parish was merged to form Portland. The small town is now the home of banana and coffee farmers.

Many people also travel through the quaint town on their way to the immensely popular Port Antonio for their vacation trips. But it is hard to pass through Buff Bay and not admire the beautiful architecture it has been able to sustain throughout the years. The Georgian style Anglican Church and the courthouse in the town seem to transport you back to the time it was first built. The construction of the church has enabled it to stand the test of time after the wooden structure was destroyed by an earthquake in 1813.

Portland is the original birthplace of our only National Heroine, Nanny of the Maroons, who led the Windward Maroons into tactical battles against the British before ultimately signing the Peace Treaty after her brother Cudjoe had done the same.

Old Nanny Town is the settlement where the Maroons were able to successfully evade the British for years until they were discovered in the hills of the Blue Mountains in 1728.

After the signing of the peace treaty, some Maroons would settle in New Nanny Town (Moore Town) again with Nanny as their leader. The Maroon settlement is still thriving today under the leadership of the Maroons.

The Titchfield Peninsula was the first British settlement in the parish of Portland. The architecture of the buildings in the settlement is a prime example of the Jamaica Georgian, Victorian and other eras that influenced the style of buildings on the island. Because of this, it has been deemed a protected site under the Jamaica National Heritage Trust since 1998.

Best Places to Visit in Portland

There is no room for boredom in Portland. As one of the most beautiful places in the world, there are nature filled adventures to go on. Here are a few of the many places you should visit while in Portland:
For a little history, you can visit:
It isn’t a trip to Jamaica unless we share the best spots to have some of the most mouth-watering meals you will have experienced and the Boston Jerk Centre does not disappoint. You can get the classic Jerk Pork done in the way the Maroons have done for centuries or you can have other options such as seafood and chicken.

Anne Banana is also a very good place to have an authentic Jamaican meal.

Despite the decline in banana exports, and the subsequent decline in Port Antonio’s economy, the capital town has bounced back and today is the home to some of Jamaica’s most exclusive tourist accommodations. The laidback charm of the parish combined with its natural beauty makes it one of the best places to visit to get a true idea of what our island has to offer.

I also recommend you read, Family Trip to Portland, Jamaica.

Editor's Note
Share your thoughts and comments here!.
Back To The Top Of This Page