See Also: Top 10, Most Influential Jamaican Artistes In My Opinion 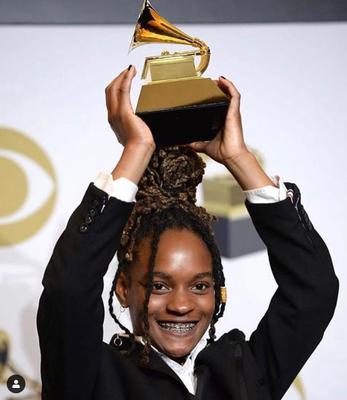 Photo: Rising Reggae Star Koffee Celebrating Her Grammy Win in 2020
Reggae has been transcending borders for decades as flagbearers such as the iconic Bob Marley, Peter Tosh, as well as Luciano and many others, have kept the genre alive with their many timeless and profound hits.

These icons have inspired a new generation to carry the torch for reggae, running with the tradition of the genre to advocate for the less fortunate, highlight injustices, and most of all, giving us the ‘good vibes’ that reggae is so known for.
Here are some of the reggae artistes causing a stir in the industry today.
Those are just some of the up and comers in reggae, and being the factory for talent that Jamaica is, you know we have many more representatives from the new school coming up.

We want to know, who is your favourite on the list? Who would you add?

I also recommend you read, Which Jamaican artist won the Grammy Award?.

We welcome you to share your thoughts we us. Leave your comments here!