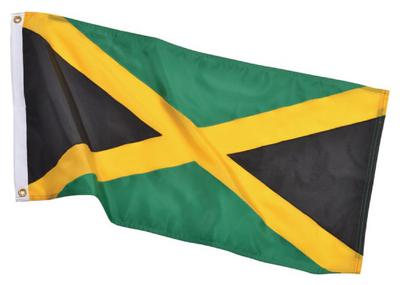 Photo: National Flag
Like many other cultures in the world, Jamaica has their own dialect, Patois (patwah) which is highly popular all over the world. As soon as tourists land they anticipate their first “Wa gwan” on the island.

Hearing Jamaicans speaking Patois might be a very confusing experience for some. You might hear familiar words but it still doesn’t make any sense to you. That could be because of the accent or because Jamaicans are notorious for using words out of context. Even after we know the correct meaning of the words, we still will use them in colloquial terms when speaking Patois; perhaps because we are convinced that it is the best way we can get the point across to a fellow Jamaican.
I hope this helped to clear up some confusion you might have had! While I think there are a few of these words and phrases we might consider giving up, there are some that I think the meaning is way better in Jamaica and I think the rest of the world should join us in using our meanings (just kidding).

Are there any others that you can think of? Be sure to share them below. I would certainly love to know!

I also recommend you read, Some Fun Jamaican Words Disvover the meanings & origins.

Editor's Note
Share your your comments here. We'd love to know your thoughts!