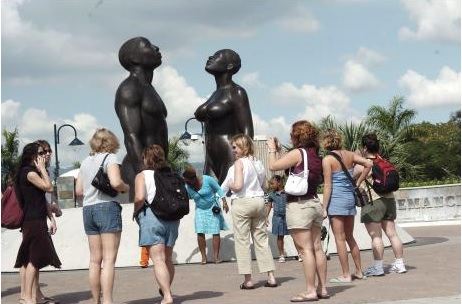 Emancipation Park, a unique jewel in the centre of Kingston city, is a haven for many who seek peace and a relaxing atmosphere away from the hustle and bustle of daily life.

It's a sanctuary where you can rejuvenate among the lush seven-acre landscape that represents the famous beauty of Jamaica. Nature enthusiasts can enjoy the splendour of the Park, which is bordered by tropical flowers and trees such as the towering Royal Palm, with its branches calling to the skies. 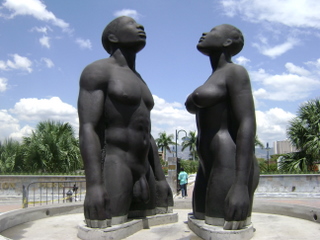 Before delving into the history of Emancipation Park, it is necessary to first examine the history of the Liguanea Plain in St. Andrew, on which the Park presently rests.

Following the terrible earthquake in Port Royal in 1692, some English settlers discovered the immense significance of the Liguanea Plain in St. Andrew.

Following the earthquake, Colonel Beeston, a wealthy sugar plantation owner, sold 2,000 acres of plain land to the British colonial administration for the redevelopment of Kingston. Port Royal had formerly been the hub of Jamaica's thriving commercial activity.

During the post-emancipation period and the demise of the sugar estates, thousands of Jamaicans from rural areas, as well as immigrants from China, Lebanon, Syria, and India, moved to Kingston in quest of better working conditions and commercial prospects.

As Kingston's population grew, many merchants who had previously resided above their shop locations in central Kingston relocated to the upper rings of the Liguanea Plain, which are now known as "uptown".

The earthquake of 1907 stimulated even more migration from Downtown Kingston to St. Andrew, resulting in Kingston being separated into two parishes (Kingston and St. Andrew) as a result of its massive expansion. As the business operations and people from the "upper crust of society" relocated to St. Andrew, there was a greater need for social and sporting activities uptown.

This major shift saw the development of 85 acres of land, including the long stretch of

ground from Knutsford Boulevard to Oxford Road, as the Knutsford Park Race Course, which hosted horseracing and polo competitions. The racecourse was eventually purchased by a group of investors who saw this location as a "city built within a city," hence the name New Kingston.

The Liguanea Club, a recreational and social club for society's upper classes, located on Knutsford Boulevard, held about 35 acres of land, including the previous Liguanea Park, which is now Emancipation Park. The Club donated seven acres of land to the Jamaican government. 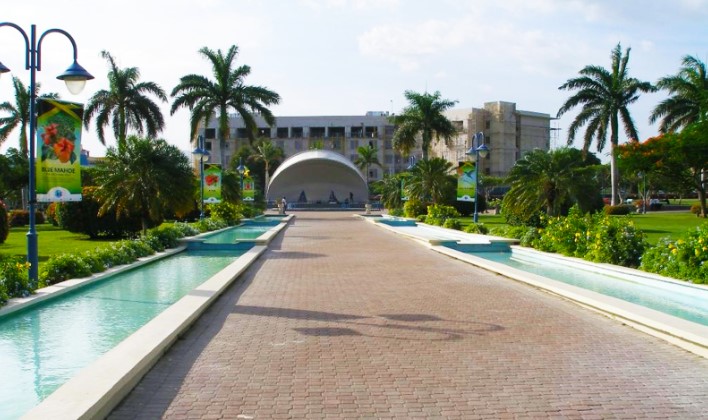 Liguanea Park had been dusty and desolate for decades, devoid of any charm or character. It was essentially a wide open stretch of land where many six-a-side football matches were played and Jamaica Carnival revellers could be seen gyrating to the captivating sound of the soca rhythm before the big road march in April.

The NHT Board of Directors, in collaboration with former Prime Minister, the Right Honourable PJ Patterson, envisioned a city park where Jamaicans and visitors alike might relax and play. This, however, would not be any ordinary park; rather, it would be a work of art.

The project team was given a three-month deadline to complete the project and make the idea of constructing a beautiful park a reality. Architect Kamau Kambui sought to develop the Park with an impact of Afro-centric designs, resulting in the substantial presence of Adinkra symbols from West Africa being sited throughout the Park.

According to Kambui, these symbols, along with the numerous water features, will serve to awaken Jamaicans' spirits and let them reconnect with their rich African past.

The Park's main entrance, located at the intersection of Oxford Road and Knutsford Boulevard, was deliberately meant to reflect "the birth journey and the process of returning to our roots," according to Kambui.

The Park's professionally created 500m running track has captivated runners and other fitness enthusiasts who begin their daily training practice as early as 5 a.m. every day. It was dedicated on July 31, 2002, to commemorate Emancipation Day, which is observed on August 1 each year.

Emancipation Park has welcomed hundreds of visitors of all ages every day since its inception. It's ideal for a family picnic or a day out with that particular someone.

Things you will find at the Emancipation Park Kingston, Jamaica

Planning a visit to the park? Here are some park rules that should be followed. 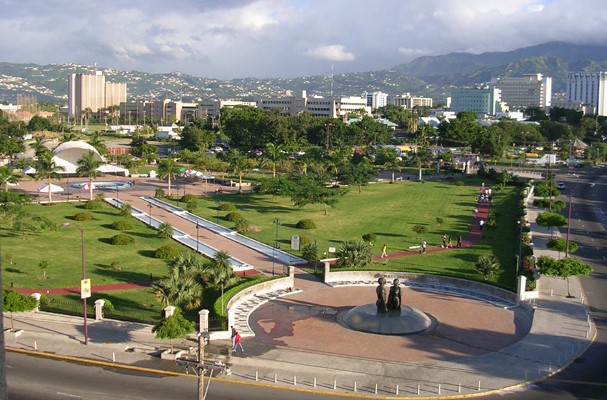