Jamaican Rice and Peas - 5 Things You Should Know 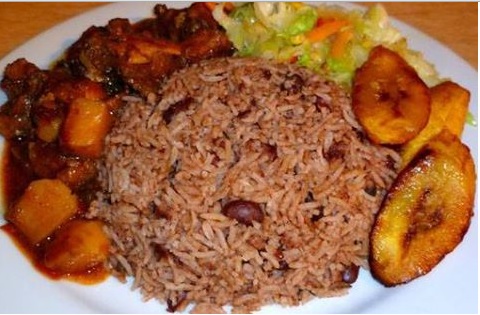 Photo: Jamaican Rice and Peas
Can you imagine life in Jamaica without rice and peas especially when it has that coconut milk flavour rising up to your nostrils and tantalizing your taste buds? I don’t think so, especially on a Sunday. For me, if I don’t have rice and peas on a Sunday, it’s like I haven’t had 'Sunday dinner'. Can’t beat tradition, can you? But how did this become a tradition anyway? We will look at how rice became a part of our diet and 5 things you will find quite interesting about Rice and Peas in Jamaica.

Rice was a very popular food in West African culture and the slaves brought the recipe with them to Jamaica. This was passed on to their descendants and down the generations. Cooking food that they were familiar with, helped the slaves to adjust to their harsh new way of life and environment and rice and peas was just one of the favourites. So you see, Rice and Peas is coming all the way from slavery.

Jamaicans both home and abroad treasure this flavourful dish but most are not even aware of its history so let’s take a look.


So how about that! Definitely some interesting considerations about our Jamaican rice and peas. I bet you will now have a greater appreciation of rice and peas when you next serve it up or sit down to enjoy this tasty, flavourful staple option with your favourite meat selections, especially on a Sunday, lol. Enjoy.