I remember it well, the moment my sister called me, excitedly about the Nutmeg Man who she ran into - in deep rural Westmoreland, while there on business!

She knows that, not only that I am a fanatic of 'authentic Jamaica', I revel in the idea of showcasing these, the stuff I call, 'the real Jamaica', to you my online audience.

New! See Our Video of Jamaican Nutmeg Below

Long story short, she connected me to Mass Busha, the nutmeg man, and as they say, the rest is history!

I now came to know what the nutmeg tree looks like (yes it is a tree), the fact that it bears a fruit that contains the nutmeg, but also learned about the amazing health benefits of this rare but wonderful Jamaican spice!

Mass Busha, yeah that's his real name as far as I know, took us on a educational journey, starting with showing us the nutmeg tree, heavily leafed and loaded with the fruit of the good stuff!

According to him, his grandfather, who passed on over 50 years ago, planted it when he was a youth, and despite various hurricanes over those years, it still survived.

The Base Of The Nutmeg Tree 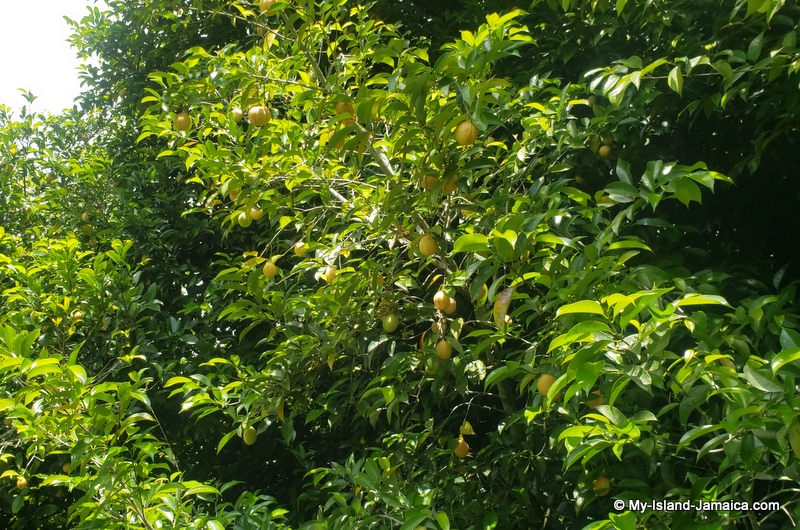 The fruits on the tree appears almost egg sized, but that was not the nutmeg, the nutmeg is actually the single 'seed' that pops out of that housing when it is fully mature.

By the way, it has a palish yellow colour, almost like a guava, but apparently when it is mature and ready to burst open, it changes to a deeper, stronger yellow.

Mr. Busha explained the entire growth, reaping and preparation process of the nutmeg, which entails...

Nutmegs In Pods On The Tree 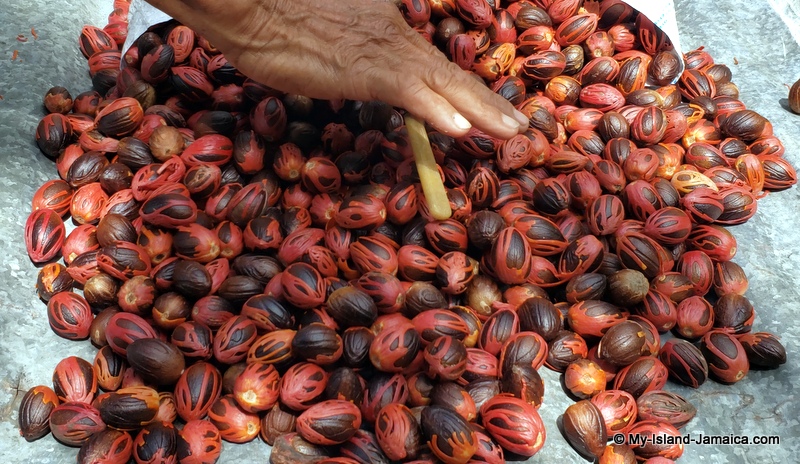 Yes, nutmegs are known around the world as a popular go to spice in the kitchen but oddly enough, outside of its unique fragrance and faintly sweet taste, very few persons, including myself (up to now), really knows about its amazing health and nutritional benefits.

That was the 'kick' for me today!
Mass Busha was quick to point out to us that...

But above those, my research also revealed that.

And listen to this!

I Got A Plant!

Can I tell you that I got so fascinated about nutmegs that I took back on of the young plants back home with me?

Oh yes, Mass Busha was kind enough!
Can't blame me after hearing all that right :-)

So pretty soon, you'll be able to get 100%, organic Jamaican nutmegs from me :-)

Like everything else that is over consumed it can cause harm though, and so Mass Busha quickly pointed out (which my research  later confirmed) that nutmegs should only be consumed in regular dosage and also ensure it is fully mature before picking.

Having too much we learned can cause hallucination and even worse ailments!

So what is a typical dose?

I quizzed him and he indicated that for someone making say, porridge for a family of three, no more than 1/4 to 1/2 of a grated nutmeg should be used.

I Should Tell You...

A) Jamaican Nutmeg is one of the secret ingredients in the trademark Jamaican Jerk!

B) We sighted several other traditional Jamaican plants and herbs around his house (see pictures below) including...

C) It is the seed from the Myristica fragrans tree that is called nutmeg and the yellow meshed like coating covering the seed is called mace.

D) Indonesia and Sri Lanka produces the largest supply of nutmegs in the world. In the Caribbean though, Grenada (aka the spice island) is the leader. 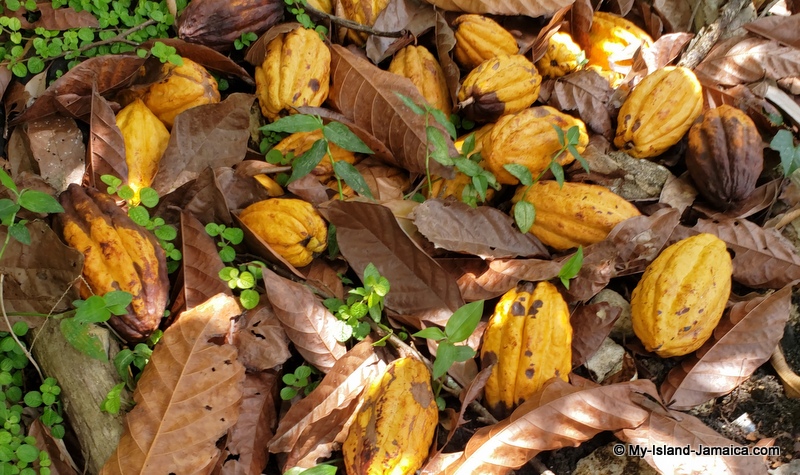 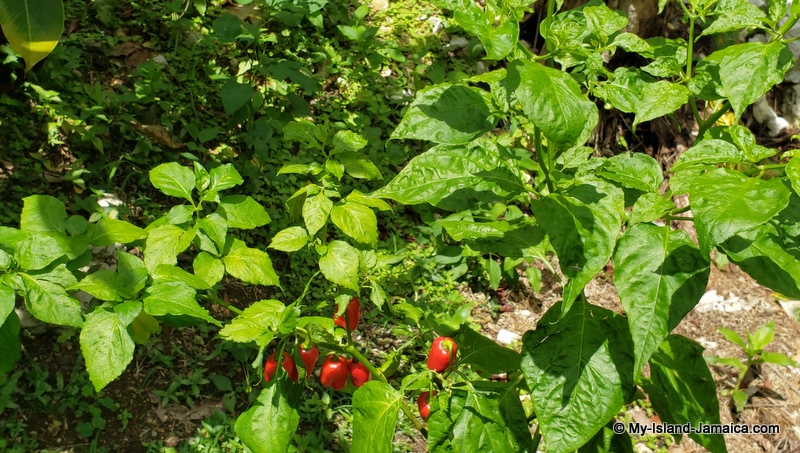 That's it my friend, I hope you have a new and deeper appreciation for this little island spice!

Great news! I did capture much of the, what I call, 'Nutmeg Tour' on camera and so I have I it now on YouTube for your viewing pleasure and learning! Here is it below.

New! You can now get authentic Jamaican nutmegs, as well as other traditional Jamaican products conveniently via my Etsy store.

Here is the link:
https://www.etsy.com/uk/MyIslandJamaica/listing/779007589/jamaican-whole-nutmegs-fresh-grade-a

Other Pages Related To Jamaican Nutmegs