Marriages In Jamaica
How Do Jamaicans View Marriage? 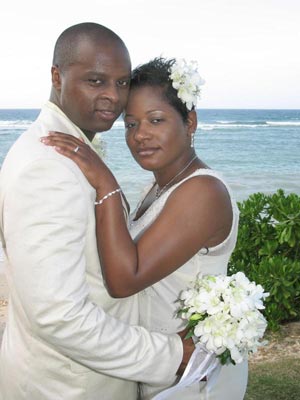 Marriages in Jamaica? If you are a tourist planning your big day as a destination wedding, Jamaica should be high on the list. I don’t think anyone can blame you.

Who wouldn’t get married in a tropical paradise surrounded by only the closest family and friends?

Do you know who? Jamaicans.

Of the thousands of weddings that occur on our island each year, only a small percentage of those are Jamaicans getting married. Many of them are destination weddings.

I can’t say I was surprised when recent research based on data from the World Bank put Jamaica at the top of the list for persons who wait to get married until they have attained the age of 30. Jamaicans on average wait until ages 34 for men and 32 for women before tying the knot.

We are joined by other Caribbean nations which round out the top countries; Grenada, Dominica and Barbados.

But, not only are they waiting to do so, a significant group of the unwed population have decided against the whole thing. Opting for common law relationships instead. A common law relationship is where couples live together in a long-term relationship. Many have similar commitments as legally married couples including children, joint bank accounts, homes and investments.

This is very different from our grandparents, who just all seem to be married or have been married. But, this shouldn't be such a shocker if you looked at the generation before us, many of whom also decided to wed later in life or not at all.

But why are Jamaicans deciding against marriage? There is a myriad of reasons.

For starters, younger persons, women especially are placing a little more emphasis on having an education and a career before having children and a family. The consensus being, “Why would I have a child before I am mentally and financially able?”

Another reason is that many marriages seem to end in divorce, which, based on discussions with my peers, appears to be a huge deterrent for the younger generation. Though it would be rather difficult to pinpoint all the reasons modern marriages end.

I think for the first time, both parties are in a better position to separate and not face financial ruin or ridicule from those in their surroundings.

Before now, when a husband was meant to be the sole breadwinner (income earner), it was harder for either party (mainly the woman) to leave even if they wanted to, especially if the union had produced children.

The man would be ridiculed for leaving his family to fend for themselves, and a woman might not have been able to provide for herself and her kids and a home headed by her at the time.

One interesting trend I have also noticed is those older persons who generally would weather the storms of a marriage in the past. They are now quite a few who have decided to call quits. Their children are now grown with, in some cases children of their own, so why carry on the farce any longer?

Domestic abuse is also a huge factor to consider. The stories of partners harming each other and self-harming right after are increasingly frequent.

And, in the many cases where there are persons who are in happy, healthy and committed relationships, they are often apprehensive to change anything about the relationship to “disrupt the harmony”.

In relationships such as these, it is a common saying in Jamaica that as soon as such a couple gets married, it will almost always end in divorce or separation no matter how long the pair were involved before.

It is very hard to deny that fact as we see it all the time. Persons will have been together for nearly a decade, sometimes even longer before they get married. Only for their union to end in divorce a few years later.

So what is the real issue behind the high divorce rate and adverseness to marriage in Jamaica?

Are we getting married for the wrong reasons?

Some persons have listed the following for their decision to separate from their partners and their marriage:

The Gleaner also surveyed marriage in Jamaica, which backs up the reasons listed above. Through speaking to marriage counsellors, they were able to deduce that the most common reasons behind divorce in Jamaica were:

Despite the long list of reasons not to, there are still some among us who wish to get married and are planning to do so. Additionally, there is plenty of successful marriages, many of which have stood the test of time. Some couples despite their many challenges have managed to use various means such as therapy to help their marriage to thrive.

References & Sources For Marriages In Jamaica

With the many beautiful wedding destinations around the island, the wedding planners and resorts are ready and willing to help who wouldn’t want to tie the knot in Jamaica?