A Glimpse Into The Wealth
And Poverty in Jamaica 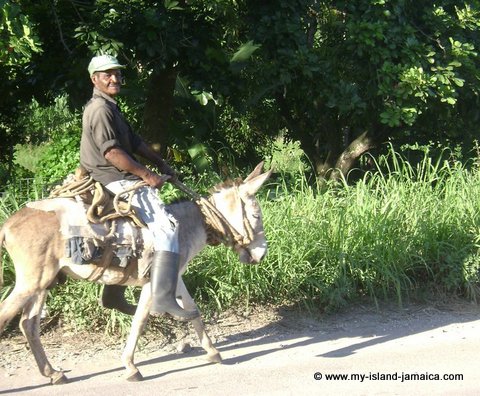 Wealth and Poverty in Jamaica
by Lance Robinson


History is often referred to as an aggregation of past events that gives us the power to help fashion our future according to our own enlightened self-interest.

And the manner in which many countries have chosen to learn, interpret and implement the lessons of their own past has very often determined the basis for their own road map to the future.

Economically, there have been models throughout history espoused by various economists and thinkers, whereby countries which adopted them either enriched themselves or remained at the bottom rung of the economic ladder. These were in the main, Karl Marx and Adam Smith.

One measure of wealth or poverty in many countries has been the GNP/per capita ratio of those countries. While most countries will aspire to wealth by maximizing this ratio as best they can, others will place a higher priority on more socially oriented issues.

The cardinal rule which obtains, however, is that the method with the most rapid acquisition of wealth will always override other considerations and very often provide the same social benefits that are normally claimed by other developmental models, but in a much shorter space of time. Some countries will become models of growth and prosperity while others will always flounder and remain economic basket cases.

One of the most debilitating and repressive of all human conditions that many countries seem to retrogress into is pervasive and ongoing poverty. It is a state of existence that is an all-encompassing social trap from which it is extremely difficult to extricate oneself.

It is also at one and the same time a condition that, because of deep need and a lack of hope, allows its hapless victims to be manipulated and exploited in the most shameless manner by those who would aspire to be leaders.

Talk is cheap, and for too long politicians in their well-crafted speeches have continued to pay lip service to the poor without even a hint of a plan for actual fulfillment. But those who talk incessantly about alleviating poverty are very often the ones who have been the most incapable of producing any economic programmes that truly alleviate the plight of the poor.

The developmental path of any country is dictated almost entirely by the level of economic management and expertise exercised by the succeeding governments of that country. Pervasive poverty in Jamaica, and across the world, therefore, is very often nothing more than the accumulated effect of poor economic judgment over time in these countries by these same incompetent governments.

As a result of such bad economic management over the years, Jamaica has slowly been inundated by a sea of encroaching poverty which has enveloped the land from north to south and from east to west.

We see it in the vending on the streets, we see it in the overpowering squatter settlements, we see it in the ramshackle nature of our towns and villages, while proposed solutions up until now have been nothing more than meaningless platitudes and promises. What really has happened to proper governance over all these decades in this our beloved land?

A lot of the answers lie in the philosophical underpinnings of our two main political parties. One, the PNP, being socialist, has always placed a much higher priority on distribution at the expense of production and wealth creation.

Whereas the other, the JLP, has been more pro-business, and results-oriented. Over the years, this has created a political standoff in their method of doing things which has resulted in this almost total neglect of development in the country.

The present government has come to power exacting a high level of hope and expectation from the people. Although many will maintain that they have hit the ground running, and have indeed accomplished a lot in the short time in power, they have come under a lot of criticism by their detractors.

In some instances, these detractors have been right. But the question has to be asked whether there is an alternative. Can we go back to that period in time that was generally regarded as being stagnant and non-productive, or do we owe it to ourselves as a country to at least give the new government some sort of a time frame for things to gel and bear fruit? It's all a function of time.

Can any of us, having heard all the new initiatives by the new ministers, honestly and truly say that nothing has improved and nothing is happening in the country? I should think not!

To date, the changes might be imperceptible and the improvements only incremental, but the passage of time can only bring an eventual unfolding of the type of development which we seek and the prosperity that we desire and certainly deserve.

Lance Robinson is a freelance journalist.
[Republished with permission, Aug/10/2008]

Back to Top of poverty in Jamaica

Pages Related To Poverty In Jamaica

And from here, poverty in Jamaica, hop over to our Discussion Forums and share in the fun!

Back to Top of poverty in Jamaica