What is the history of Tourism in Jamaica? 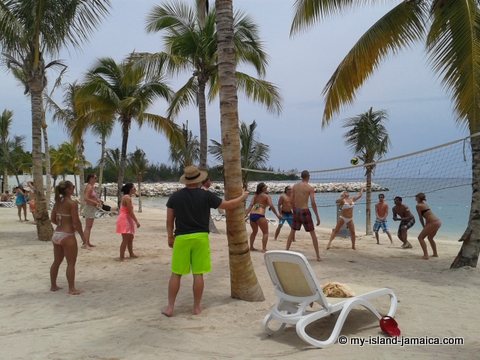 The history of Tourism in Jamaica, Answered by Isheba Cornwall, Associate Writer

Did you know that Tourism wasn't always the top industry in Jamaica? Yes, it's true!

For an extremely long time, the agricultural industry was on top. It generated a lot of revenue for the country. But today, tourism is recognized as the second highest foreign exchange earner in Jamaica. How exciting is that? This shouldn't come as a surprise to anyone really because Jamaica undeniable has the most beautiful natural landscape to facilitate the tourism industry.

With our amazing beaches and top notch resorts and hotels, tourism was bound to become the booming industry it is today in Jamaica. Fun fact! It is actually right behind remittances which is the highest foreign exchange earner.

One main advantage to tourism in Jamaica is that many individuals and companies benefit from it both directly and indirectly. No wonder why one in every four people in Jamaica are earning from that industry. 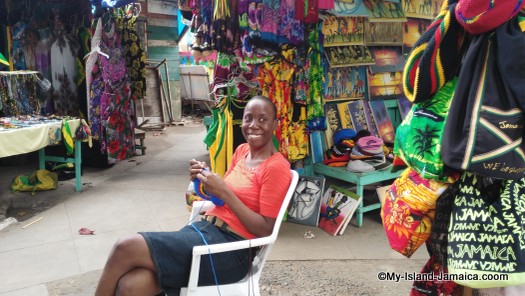 Tourism in Jamaica really started at the latter part of the 19th century when individuals were looking for sunny weather to escape the coldness in England and North America. The industry started to grow in Jamaica after World War 1.

Indications show that in the 20th century there were less than one thousand (1000) visitors on the island annually, however by 1938, the amount had increased to sixty four thousand (64,000) and climbing to an even greater amount in 1952 - that is one hundred and four thousand (104,000).

By the time it got to the 1980's, Jamaica had over one million tourists a year and is continuing to grow each year. This is partially because of the great increase in the arrivals of cruise ships passengers. 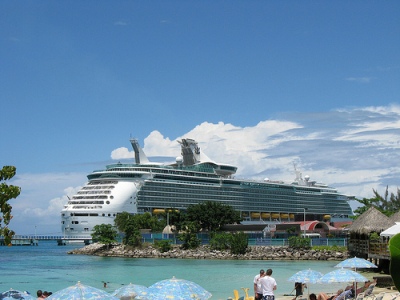 In 1993, the total individuals that arrived on the island were 1,616,430. Then in 2012, over 3 million persons vacationed on the island; this alone shows how impactful the tourism industry has been on this incredible island.

Ready for another fun fact? Our country's tourist arrivals increased by 4% on average! Can you believe that?

When these tourists visit our beautiful island, there is so much to see and discover - we offer so much that helps them to understand our culture.

There is literally a vacation spot for everyone that visits Jamaica! We offer rooms ranging from small, medium to large accommodations to suit your liking.

Jamaica has set itself a part for having the most hotel options in the Caribbean and so you can make your choice based on location, price and amenities. Accommodation types consist of hotels, motels, villas, our beautiful resorts, camps, parks, bed and breakfast, cruise ships and so much more.

Though you will find hotel rooms in every parish in the country, the majority of them are located in the northern parishes - that is Ochi Rios, Negril and Montego Bay.

In 1888, the Constant Spring Hotel was built with 100 rooms however, the real drive to development in Jamaica was the Jamaica International Exhibition which was planned for 1891.

The Jamaica Hotels Law then was then passed in 1890 so that the visitors had a place to stay for the Exhibition and so encourage hotel construction. Here we go with another fun fact! Because of this very same reason, the year 1890 is taken as the starting point for conversation on the history of the country's tourism industry.

Why? Because it indicated the country's governments' commitment to the development of the industry.

The capital was guaranteed at 3% interest by the Government for all the approved hotel construction and maintenance of these said approved hotels. The government also agreed that all the building materials and furniture for these hotels should be admitted into the island duty free!

Take a look at these earlier hotels that were constructed for the Exhibition and within that period:

London had to implement the "Imperial Direct Line" because they were concerned that Jamaica was depending a little too much on the United States (after the country sought help from the US in not only managing but developing the tourism industry). This was done solely in an effort to develop a market for the banana trade (independent of the US). This was led by Elder Dempster along with Sir Alfred Jones.

The Jamaica Tourist Association was then formed in 1910 in an attempt to organize a bureau responsible for marketing Jamaica.

The JTA aims and objectives were:

At the end pf 2009, there were 270 places of accommodation available to visitors providing them with over 30,000 rooms!

And, listen to this, according to the JIS, "Provisional data from the Jamaica Tourist Board (JTB) show that a record 4.3 million tourists visited Jamaica in 2017. This, according to Tourism Minister, Hon. Edmund Bartlett, represents a 12.1 per cent increase over arrivals in 2016!" Source. 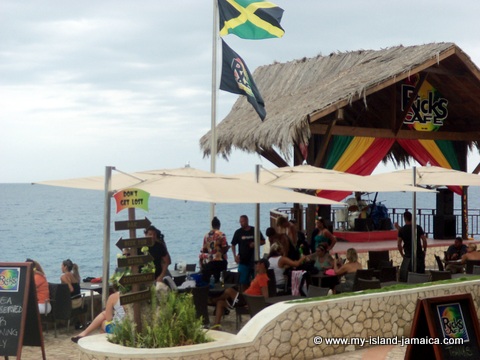 So you see? Tourism is now a booming industry in Jamaica! And despite the social challenges, indications are that it will only get better from here.

Thank you for asking this question. I welcome your comments below.

See also: How does Jamaica benefit from Tourism