Worst Jamaican Accents
Movies & TV Shows With the Worst Accents
(Plus a few good options too!) 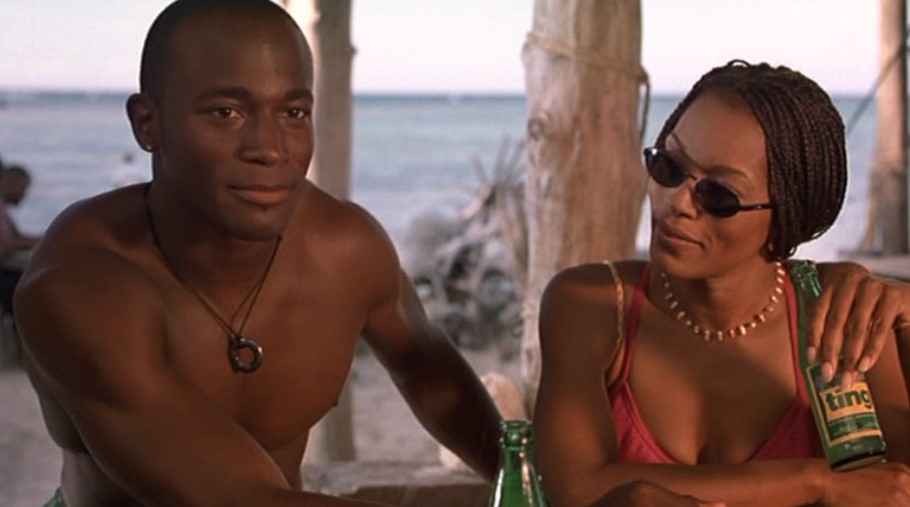 An accent challenge is quite fun, but some nations' regional dialects and cadences get butchered more than the others during the game, in most cases provoking anger or hysterical disbelief from the citizens watching. As a Jamaican, I have had my fair share of both.

Being one of the most popular countries in the world, plot lines are usually developed in movies that involve our culture in various forms, which we usually don’t mind, unless it’s done in poor taste. Our greatest hurdle is usually the inevitable Patois scene filled with more “iries”, “yah mons” and other more colourful words than even I have used in my life.

I must admit some movies do it better than others and kudos to them. But which scenes have been the most difficult to watch?

How Stella Got Her Groove Back

Winston (played by Taye Diggs), faced more problems than just the age gap between him and Stella. For Jamaicans, his accent was far more troublesome. We can see that there was some effort though, but being an actor in his first film and debuting a difficult accent could not have been easy.

This movie shows homage to one of our nation’s proudest sporting moments. After qualifying for the Winter Olympics as a tropical country, the 4-man Jamaican team and their journey to the Olympics was the source material for the film.

Disney feared though, that real Jamaicans would have been difficult to understand and so Sebastian the crab was the teacher of the Jamaican accent. The actors did not manage to do as great a job as Sebastian though. But we can’t discredit their talent as actors.

Denzel Washington’s portrayal of police officer Chief Quinn in 1989, was in all honesty not the most terrible, but, it is quite easy to tell the actor is not from the land of wood and water.

Authur Moss, the neighbour of Moesha, (played by Brandy) and her family in their community in sunny California, embodies a Jamaican grandfather through his personality and body language but his accents…well, not so much.

If it wasn’t for his preference for ginger beer and the “gentleman’s sport”, cricket over American football, I wouldn’t even be able to tell he was portraying a Jamaican immigrant.

Tasha St. Patrick was obviously using the Jamaican accent to get out of a situation with the authorities, which means she didn’t have much time to practice beforehand… and we can tell. She struggled through her Jamaican accent, but thankfully the officer was none the wiser.

Bushmaster a “Jamaican” villain in the season of the Marvel series, was much more terrifying for his accent than his crimes (at least for me). It was a sneak attack on the dialect as face accents and drawn-out words came from all angles throughout Bushmasta’s time in the season.

The decision for Kendra Young to be a vampire slayer from Jamaica was last minute, and we know it was. While Buffy the Vampire Slayer was before my time, going back to watch it was rather difficult.

“Everyting gwarn be irie” or “I on holiday”, who can forget these lines from a trying Brad Pitt in the movie Joe Black. A black woman wheels her mom into the hospital for treatment and she immediately recognises Pitt’s character as “the obeah”.

The elderly woman, Lois Kelly Miller’s character, absolutely smashes the Jamaican accent (maybe because she is a Jamaican actress?)

The young boy played by Neil Patrick Harris joins Clara further into the movie for the rendition of a song in a Jamaican accent which was not the greatest either.

The Jamaican security guard Odessa Montero (Gabourey Sidibe), wasn’t so much a source of annoyance but more a source of laughter at her attempt at the Jamaican accent, especially when it was her turn to help in the heist and used an unprovoked Jamaican expletive (used completely out of context) as her rallying cry.

Zola, the Jamaican caretaker in Beastly tries her best to console Kyle as she remembers her own children in Jamaica that she longs to see by telling him his father longed to see him as well. Thing is, she didn’t sound as though she was Jamaican, but the attempt at least was made.

I didn’t watch this movie while growing up, I only found it while compiling this list. What I can say is it truly takes one of the higher spots on the list of worst Jamaican accents (though this list isn’t at all arranged in any particular order).

Method Man’s Percy, a Jamaican immigrant who is now a drug dealer was really trying but missed the mark on some key parts of the Jamaican accent.

We have discussed many of the worst Jamaican accents, but have there been any good ones?

Most definitely! Here are some now.

The Rastafarian jellyfish twins seemed to have swum directly from the Seven-Mile Beach in Negril and to the underwater city where Shark Tale is set. The pair are played by Ziggy Marley and Doug E Doug provides comedic relief in a flawless Jamaican accent.

It might be nostalgia, but Sebastian the Crab can do no wrong in my eyes and so “Unda di Sea” remains one of my favourite songs even now.

The British drama series, is filled with London slang which is heavily influenced by Jamaican culture. There are also many Jamaicans or persons of Jamaican parentage in the movie as both supporting and leading roles which leads to even more authentic Jamaican accents.

The highest grossing Jamaican film to date follows Capone an officer in Kingston as he infiltrates the arms trafficking ring in the city.

Drug dealers who got deported from America, enter once again into the USA, this time illegally. The movie follows them on their illegal escapades.

The Harder They Come with Jimmy Cliff

Ivanhoe Martin leaves the country for Kingston city and is met with the harsh reality that “country isn’t town” almost immediately.

Although there have been bad attempts at the Jamaican accents, which quite often makes us mildly annoyed, it is evident that it is in most cases done out of admiration of our polarising country and culture.