You may believe that the Chinese presence on the island has just been in recent years, however, that is very far from the truth. Jamaica is truly a melting pot of ethnicities and cultures all living together on this tiny island. The Chinese have contributed to Jamaican society both economically and culturally.

When did the Chinese First Arrive in Jamaica?

The first recorded instance of Chinese persons on the island was after emancipation in 1838. After the African slaves were emancipated, the English planters needed cheap labour to maintain their plantations. Most of the Africans, having lived through such unbearable conditions, were understandably reluctant to head back on the plantations even if it was now paid labour. Because of this, the English enlisted the Asians (Chinese and East Indians particularly) to come to Jamaica to work as indentured workers. Most of Which came from the Hakka National Group in South China, namely Taiwan and Hong Kong.

In 1854 the Epsom docked in Jamaica with 267 Chinese persons after months of travelling from the city of Hong Kong. A few months later a group of 472 docked on the island, all destined for indentureship. Between 1854 and 1884, over 1,800 indentured Chinese labourers came to the island from fellow Caribbean islands Trinidad and British Guiana as well as the 680 individuals who came directly from China in 1884. All the workers were given three-year contracts. In 1930, the recorded number of Chinese immigrants in Jamaica was 4,000.

The Requirements for the Chinese to Become Indentured Labourers in Jamaica

When the then government of Jamaica noticed the significant increase in the Chinese population, they implemented stricter rules to prevent entry to the country unless the immigrants were registered with the authorities before entry, had a guarantor from a reputable business back home, providing the person was of could social standing and would not become a burden to society and finally, their address and contact information must be provided to the authorities should they need to get in contact with the worker while they are on the island. By 1930, there were four thousand (4,000) Chinese immigrants in Jamaica. In an attempt to stop the “Chinese Invasion” in 1931, the government stopped issuing passports to the labourers and added more stipulations to the rules of entry for indentured labours. Now, in addition to the rules from before, they also had to be able to write and speak English fluently, pay an entry fee, Do medical examinations to prove their physical capabilities.

Most of their core ingredients in the Chinese diet would not have survived the heat of the lengthy travel and so, they were only able to bring a few things that would have lasted the long journey. These ingredients are now a significant part of Jamaican cuisine. Soya sauce, dried noodles and five-star powder are now used quite frequently in a Jamaican kitchen.

Unsurprisingly, a majority of the supplies that were promised to them were either not delivered at all or were received quite infrequently and therefore, the Chinese had to improvise to achieve the flavours of their dishes. Because of this, the Jamaican versions of Chinese dishes are sometimes slightly different from the actual dishes in China. However, the methods of preparation are usually the same. For example, the Chinese Duck Dish calls for the use of sour plums, the Chinese in Jamaica could not source these plums which were an integral part of the dish and so it was substituted for tamarinds instead. Instances like this across all the cultures in Jamaica are what I believe gives such a unique flavour to the Jamaican version of these dishes.

Pak Choi (Pop Chow in Jamaica), is one of the most popular vegetables on the island. The use of honey and ginger was also brought from China as it was a big part of meal preparation. Jamaicans are also big vegetable eaters, which I believe, stems from the presence of the Chinese as they are the largest population of vegetable eaters in the world. Their method of preparing vegetables makes it more enjoyable for those among us who would find vegetables bland otherwise.

The most ‘Jamaican’ Chinese dish is Suey Mein. This you will not find in the restaurants in China nor in the recipes books of the Chinese at all. This dish is the handiwork of the Chinese in Jamaica. The dish features Chinese Roast Pork, roasted chicken, shrimp, egg rolls, Pak Choy and other vegetables boiled in soup stock and served with a special hot sauce made from scotch bonnet peppers and soy sauce. This meal is popular both in and outside of Jamaican Chinese culture and is a favourite at Chinese eateries on the island. Judging by the many successful Chinese based restaurants in Jamaica, both low-end and high end. The love of Chinese food on the island is evident. 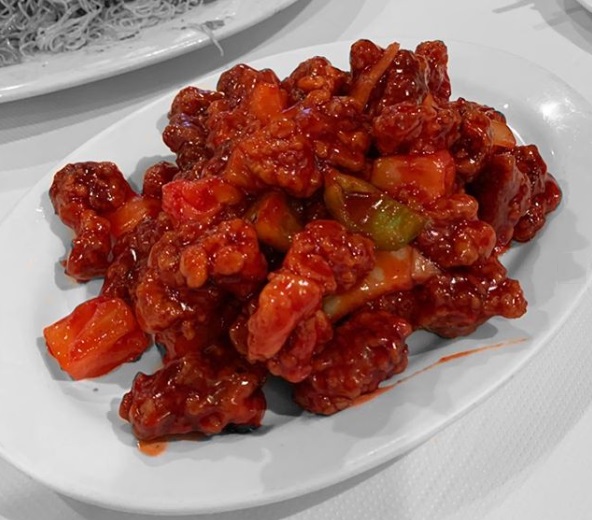 How was their food prepared?

Jamaicans love anything stir-fried(whether meats or vegetables), deep-fried or steamed, all methods of cooking from our Chinese ancestors. Sweet and Sour meats and fried rice are popular in Jamaica. The use of a wok is also inherited from the Chinese. Something Jamaican chefs have found to be an essential part of their cooking.

What Did the Chinese do After Their Contracts Ended?

A huge part of what we eat has to do with where we buy it. Many of the Chinese had taken the opportunity to come to the Caribbean, specifically to escape Communism. Many were hesitant to return to China and face the harsh realities of Communism. So, many Chinese individuals stayed on the island opening retail stores across the island. The Chinese really had a knack for selling and operating their own business and therefore, by the time the 1950s rolled around, there were more than 1900s shops, restaurants, stores or haberdasheries owned by the Chinese people. Even today many supermarkets, wholesalers and shops are operated either by descendants of Chinese immigrants from the days of indentured labour or new faces that have come over from China to Jamaica to open businesses. There are countless restaurants that serve Chinese and Jamaican food but the most popular eateries owned by Jamaicans with Chinese ancestry are patty giants Juici Patties and Tastee.

The Chinese population has risen and fallen over the years. In 1970, as much as 7% of Jamaica’s population were Chinese. After that, it dropped to 2% in 1982 as many migrated to Canada and the United States of America. The total number of Jamaicans of Chinese descent now stands at approximately 75,000.

There is a strong presence of the Chinese in Jamaican Heritage in every aspect but I believe it is most evident in merchandising and definitely in our Cuisine.

I also recommend you read Chinese in Jamaica.

Editor's Note
Submit your questions here! With well over 2000 questions already answered, chances are we can assist :-)