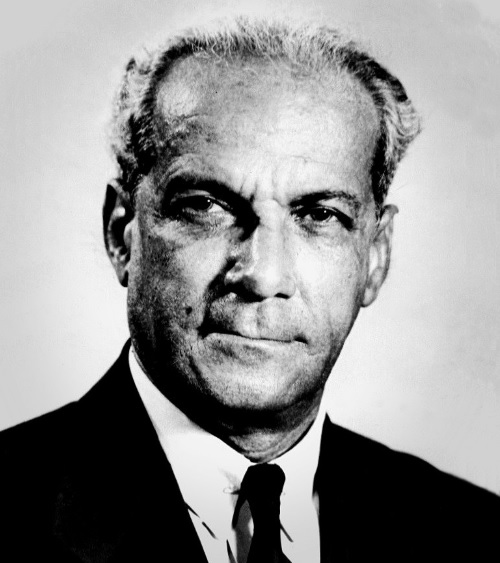 Esteemed National Hero, former Premier and founder of the People’s National Party (PNP), Norman Washington Manley was a brilliant lawyer and advocate for the people - regarded as tho 'father' of the nationalist movement.

He was born on the 4th of July 1893 at Roxburgh in the parish of Manchester, the son of mix raced parents.

His father, Thomas Albert Samuel Manley a produce dealer, and his mother, Margaret Shearer, the daughter of a mixed-race woman and her Irish husband, a pen-keeper (animal husbandry).

He attended Jamaica College high school where he excelled in athletics. He won a Rhodes Scholarship to Oxford University and studied Law at Jesus College, one of its constituent colleges.

His studies were however interrupted by the First World War during which he saw active service in Europe and was awarded the Military Medal. He refused a commission, preferring to remain in the ranks.

His Return To Jamaica

On his return home, Norman Washington Manley was called to the Jamaica Bar in 1922 and enjoyed a brilliant legal career, even winning international acclaim in some notable cases.

Mr. Manley first became active in politics during the social disturbances of 1938 and in that year was one of the founders of Jamaica’s first mass-based party, the Peoples National Party, PNP.

As leader of the party, he played a major role in the events leading toward political autonomy for the island. However, in the first election held under Universal Adult Suffrage (1944) the party won only four seats and Manley himself failed to gain one. (See Bustamante)

However, when the PNP won the general election of 1955, he became chief minister and pressed for increasing constitutional advances, among them a cabinet to replace the executive council and reduction in the power of the colonial secretary.

Under Manley’s leadership in 1959, Jamaica achieved full internal self-government based on a new constitution.

When the opposition ‘Jamaica Labour Party (JLP) announced a change of policy regarding support for the West Indies Federation, Mr. Manley decided to hold a referendum on the issue.

On September 19th, 1961, the Jamaican public voted against Federation and Jamaica decided to seek independence on its own.

Norman Manley and the PNP lost the next election in 1962 and the JLP went on to form the first government of an independent Jamaica.

Mr. Manley retired from active politics in 1969 and was succeeded as party leader by his son Michael, who became prime minister when he led the PNP to victory in 1972.

Aside from the significant role he played in the constitutional advance of the nation, Norman Washington Manley also laid the foundation for social welfare development among the poor through Jamaica Welfare, which he was instrumental in forming in 1937.

His wife, a noted artist, is commemorated in the Edna Manley College (Read More On Jamaican Art here). His son Michael Manley (1924-97) was prime minister of Jamaica twice.