Jamaican Names
How Do We Come Up With Names In Jamaica? 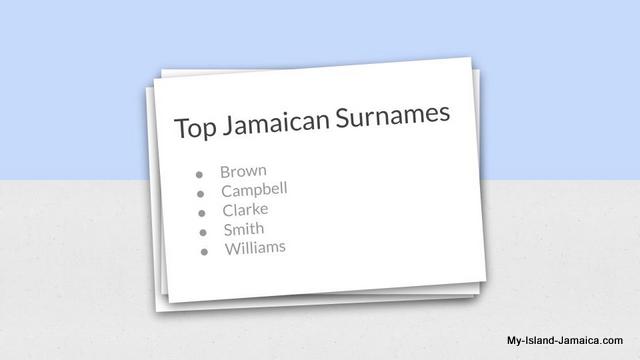 Our names are very important, after all it is one of our primary identifiers. Jamaica, like many parts of the world have a few unique naming strategies.

In Jamaica, it is customary for kids to have two middle names. The most intimate names are those chosen for middle children because they reflect the parents' preferences, family history, and cultural practices.

Middle names are treated like highly classified secrets and most times only very close family members would be privy to what each other's middle names were.

While these names are certainly very popular, some may consider them to be the more “old school” Jamaican names. The more modern and current names tend to vary as people have been naming their children now based on how popular a name is, favourite celebrities, religion, meaning and so much more.

The names of people who are typical of their countries of origin were brought to Jamaica by the recent waves of immigrants from other nations who settled there and had children.

Another explanation for why names that are not typical of Jamaica can be found on the list of the most popular names in Jamaica is that as a result of globalisation, more and more parents are choosing to give their children names they like, whether or not those names are customary in their country.

Thus, if a non-Jamaican character had gained enormous popularity here, many parents might have chosen to name their children after that character, and as a result, it would now be included on this list of common Jamaican names. You can go here to read more about how Jamaicans name their babies.

The use of nicknames is another well-known custom in Jamaica. It is typical for that name to be used more frequently instead of the person's given name; these names are referred to as "yard names”. In other cultures nicknames tend to be related to a person’s First name, however, in Jamaica, nicknames are randomly given.

In older times, there was great stigma behind telling someone your real name, or as we call it “government name”.

This is because there was a strong belief in Obeah (witchcraft) and individuals who wished ill towards you could do so if they knew your correct name. Because of this, there are many persons who no one, not even close family members would know their real names until death.

Very often, it isn’t until the day of the funeral that people find out the real names of cousins, aunts, and even parents on some rare occasions.

It can also be based on your race, job or some distinguishing feature. Common nicknames are fatty, shorty, redz, jerky, nutsy, blackey, creamy, chiney, Indian and buss head.

If you are an amputee or lost any other significant body part then your nick name might be “oney” or some other name related to that.

If you are a woman who has travelled abroad, for example to the UK and lived there for an extended period (especially if you return with a noticeable accent), it is a strong possibility that your nick name will be “British”.

Another aspect to make note of is age. Older persons, whether or not there is a relation to them, are always addressed with a title. Miss, Mister, Sir, Aunty, Uncle, Mummy, Grandma or Grandpa.

These nicknames, especially the ones relating to physical features are not meant in jest or to offend but, Jamaicans tend to be quite literal and to the point.

How did surnames come about?

Most people only had one name before records were kept, like Joseph. As the population grew, it became increasingly important to distinguish between people who shared the same name.

Typically, the issue was resolved by including more detail. For example, Joseph adopted various aliases, including Joseph the smith, Joseph the son of Lyn, Joseph the short, and Joseph from Heidelberg.

Surnames initially only applied to a single person, not the entire family. These names were eventually passed down from one generation to the next and became hereditary.
Surnames originated from various sources.

Occupational, for instance, based on a person's trade, like Carter or Smith; Geographical based on where a person lives, like Drayton or Debenham; patronymic, derived from the father's name; for example, Jones, John's son; Defining or nicknaming, such as Joy or Child.

The first people to use surnames were members of the aristocracy and wealthy landowners.
The custom was later embraced by traders, citizens of towns, and people living in rural areas. It took two or three centuries for this to happen.

Most common surname in Jamaica.


Brown is the most popular last name in Jamaica. Brown is the 206th most common surname in the world, according to Forebears. Additionally, 3% of people in Jamaica have the last name Brown as their given name.

More than 1 million people in the United States and 219 other nations also have the last name Brown, including 11% of English residents and 4% of Canadian residents.

You can read more about the most popular surnames in Jamaica here.

It might be quite a challenge to pinpoint a specific name and say, yes, that is a Jamaican name, as with our culture and other aspects of Jamaica as a whole, Jamaican names have been derived from a variety of cultures.