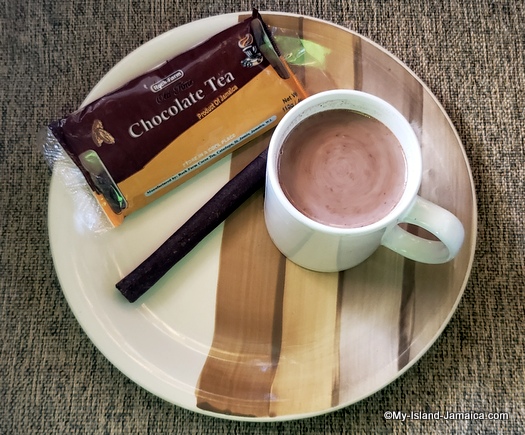 Jamaica has a unique presence globally. There just isn’t anywhere else that is quite like here. The food, culture, rich history, warm people, beaches, nature, fun tours and excursions make many people from all over the world add Jamaica to their bucket lists.

If you ask any random person, “what is Jamaica good for?” their response would probably mention fun and relaxation. They would probably talk about the great food and music, maybe the magnificent athletes as well.

But Jamaica is more than that. Or should I say Jamaicans are more than that? You see, Jamaica has produced some stellar individuals who have contributed to the world in ways you probably were unaware of. Jamaicans are inventors too, and have made advancements in other fields, especially medicine and agriculture.

Here is a list of 10 things invented by Jamaicans that you probably didn't know about.

1. A Cure For Prostate Cancer

The product, which goes under the name Eden Gardens and asserts to “completely eradicate prostate cancer”, has chemicals primarily derived from the Ball Moss plant. Since then, the US-based Food and Drug Association (FDA) has given it its seal of approval, and it is authorized for export to North America and other nations.

The first medication for the eye condition of glaucoma is called Canasol, a medicinal eye drop manufactured from the marijuana (ganja) plant. The particular drug was developed right here in Jamaica at the University of the West Indies (Mona Campus).

It is general knowledge that rural communities include marijuana in their homemade remedies for eye problems.

So, after studying the plant for 10 years, the research team, led by pharmacologist Professor Manley West and ophthalmologist Dr. Albert Lockhart discovered that ganja was the key ingredient in treating the disease.

Canasol, a prescription eye drop, is particularly well known for having little to no adverse effects when compared to synthetic medications for the same illness.

While many Jamaicans may not know of this, I am sure it would come as no surprise, we all know weed is the ultimate healer, (when used in moderation of course).

Have you had an ortanique? No, well you must have heard of Ugli, which is another name for this fruit. The ortanique was created right in Mandeville, Manchester, which may surprise some Jamaicans.

The fruit that is a hybrid of an orange and a tangerine was once called a "tangelo" and was developed by Dr. David Daniel Phillips, who was supposedly the granduncle of renowned politician Dr. Peter Phillips.

The ortanique has thrived in the cold hills of Manchester for more than a century. It has a uniquely sweet flavour that may be related to the region's bauxite-rich soil.

A genetically modified type of papaya that is immune to the Ring Spot disease is known as Solo Sunrise, and it was developed by Jamaican biotechnologist Dr. Paula Tennant.

During her studies at Cornell University, Dr. Tennant became the first person from the Caribbean to ever create a bio-engineered product.

Tennant created a papaya plant that is resistant to the Ring Spot illness by altering the disease-causing gene in the fruit. The papaya industry in the area, which was in danger from the invasive illness, was saved thanks to her discovery.

Amputees can credit Stanford University researchers Joel Sadler and his colleagues from Jamaica for developing the JaipurKnee, one of the most reasonably priced prosthetic knees on the market.

As part of their Master's degree program at Stanford University, Sadler and his fellow Americans Eric Thorsell, Ayor Roberts, and Angelo Szychowski developed the low-cost prosthetic knee in 2009.

The JaipurKnee was designated one of TIME Magazine's top 50 inventions of 2009 with a price of just $20 (as opposed to an average cost of US$10,000) and a minimum three-year lifespan under normal use.

Aerospace engineer Robert Rashford is a pioneer in developing tools for space exploration missions. Rashford and Puerto Rican scientist Charles Rivera created the first portable 3D non-destructive camera in 2000. Without disassembling the materials, the NDE technology can find defects in those used to build industrial pipelines, spacecraft, and aircraft. The mechanism was employed to keep the United States running smoothly.

Cattle created in Jamaica by Dr. Thomas Lecky include the Jamaica Red, Jamaica Hope, Jamaica Black, and Jamaica Brahman. The cattle in the early 1900s descended from Spanish and British animals brought to the island hundreds of years earlier.

They generally took longer to reach maturity, thrived on grass and water, had less milk, and had less meat on their haunches and ribs.

However, they excelled at pulling carts and were immune to tropical ailments like tick fever. Lecky returned to Jamaica in 1935 to start his crossbreeding research after completing studies in animal genetics at the University of Toronto and animal husbandry at McGill University in Montreal.

Lecky was awarded the Order of Merit, Jamaica's highest civilian accolade, for developing new breeds of cattle based on foreign cattle that can reproduce by themselves without showing signs of crossbreeding or hybridisation.

8. The Aedes Aegypti Mosquito Discovered to Be a Carrier of Dengue Fever

Jamaicans started to experience a weird fever in the latter half of the 1960s. Microbiologist and pathologist Dr. Louis Grant recognised it as the dengue virus and concluded that it was spread by the Aedes aegypti mosquito, which also contains the deadly yellow fever virus.

As a result, a public awareness campaign to stop the disease's spread was launched, and the University of the West Indies (UWI) began researching arboviruses (viruses spread by blood-sucking insects).

One of the first women to be admitted to study medicine at the University of Oxford in England was Dr. Williams, who was born in Westmoreland in 1893. Colonial Medical Services hired her and dispatched her to the Gold Coast (present-day Ghana) in 1929.

She noted a lot of hypo-pigmented kids with swollen tummies and legs while working on the West African coast. She also discovered that toddlers had a higher mortality rate than infants.

It was common practice to treat toddlers for "vitamin deficiencies". Sadly, a lot of them passed away. Dr. Williams conducted research and found kwashiorkor, an extreme case of protein-deficit malnutrition. She advised parents to offer their kids a high-protein diet to address the ailment.

Let's end on a delicious note! Are you a fan of chocolate milk? Well if you are, you can thank Jamaicans for that one. According to James Delbougo, a historian, Jamaicans were preparing "a hot beverage produced from shavings of newly harvested cacao (cocoa), boiled with milk and cinnamon" as early as 1494.

As we like to say, Jamaica “likkle but wi tallawah”.

Traditionally, chocolate milk is had piping hot! Here's how its done on the island