Top 10 Reggae Songs
(In My Opinion) 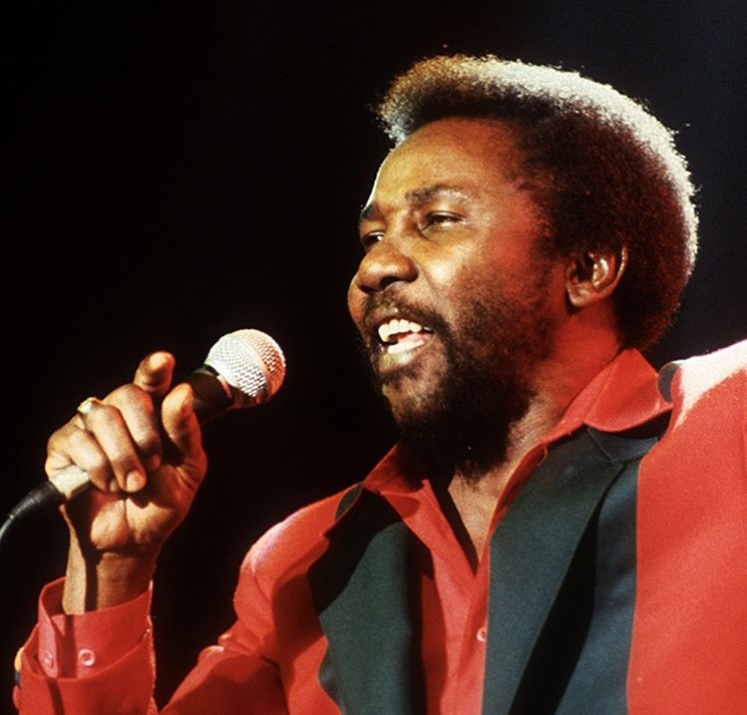 Jamaica is the home of Reggae music. But, while its home is in Jamaica, Reggae has found itself in the heart of many countries, different ethnic groups and nations across the world. It’s the type of music that speaks to your soul.

Selecting the top ten of all time is surely difficult and this list is by no means set in stone, but according to quite a few music sites, these are the top 10 reggae songs of all time, but in order of my favourites.

1. Jimmy Cliff – Many Rivers To Cross 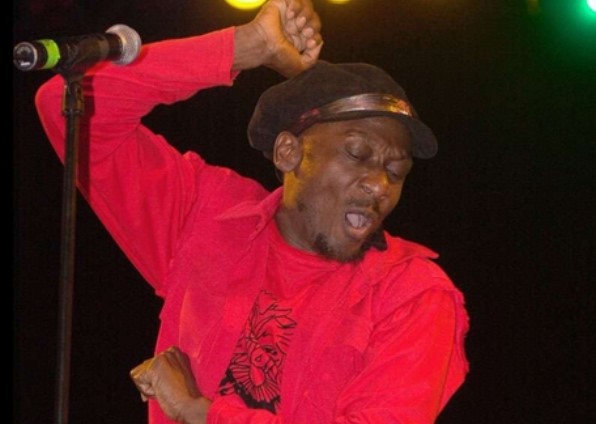 Did you know that Jimmy Cliff was only 21 years old when he wrote and recorded this song? Since its initial release in 1969, “Many Rivers To Cross” has been covered by numerous artists, not just those in the Reggae genre.

It is said that imitation is the sincerest form of flattery and Cher, Annie Lennox, and even John Lennon have all recorded renditions of Cliff's timeless song.

Before relocating to the UK to try to "make it," Cliff began writing songs while still in school in Jamaica. For Cliff, however, things weren't exactly going as planned in Britain, but in typical musician fashion, he channelled his annoyance into creative inspiration.

As a result, Cliff created Many Rivers To Cross to record his adventures in the UK. Cliff remembers the numerous occasions he would cross the channel to France in search of "something" in the line "Wandering I am lost, as I travel along the White Cliffs of Dover."

Despite being a trying time for Cliff, one of his most well-known songs came out of it. Thanks to Cliff's use of an organ and backing vocalists, Many Rivers To Cross has a distinct gospel feel.

It was ranked 325 on Rolling Stone's list of the 500 greatest songs ever. This song will forever live on because it is not only remarkable but relatable.

Can we ever discuss reggae without talking about this legend, this icon? Impossible! You name it whether school, church, family function, or office get-together! This song brings people together. But do you know the story behind this masterpiece?

The turmoil surrounding the 1976 Jamaican elections is when One Love was written. Marley had been a fervent supporter of Michael Manley, who had been elected prime minister, in the previous elections in 1972. But four years later, Jamaica was a completely different country. The country was now deeply divided, and political-motivated violence was all too common.

One Love's central message was that everyone should put an end to their fighting and come together as "one."

However, some of the song's lyrics have a deeper significance. Although the song mentions oppression, wrongdoing, and sin, these slightly more sombre topics are frequently overlooked in favour of the happy, upbeat chorus. Marley had a real knack for writing music that could be equally angry and serene. 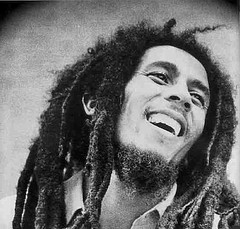 Music should make you feel good, and this song does that every single time. Three Little Birds entered the UK top 20 shortly after its release, peaking at number 17.

However, interestingly, many fans continue to believe—incorrectly, of course—that the song is titled "Don't Worry About a Thing" or "Every Little Thing Is Gonna Be Alright." This is due to the recurrent words in the well-known chorus.

According to legend, the birds that used to fly by Marley's house at 56 Hope Road and perch on the wall served as inspiration for some of the Three Little Birds' lyrics.

The three little birds were, according to three female singers from the reggae band I Threes, who frequently shared the stage with Bob Marley.

“Red Red Wiiiine! Stay close to me!”, Red Red Wine was originally sung by Neil Diamond in 1967, but it’s UB4O’s cover that we all know and love so much.

The cover by the Birmingham band reached the top of the UK charts, enjoyed transatlantic success across the pond, and then topped the Billboard Hot 100. The UB40 version of Red Red Wine has a lighter, more reggae-style sound than the original, which helped to increase the song's appeal to a wider audience.

The song is written from the viewpoint of someone who turns to red wine in trying times. Additionally, UB40 added a verse that began with the late Astro's song, "Red Red Wine; you make me feel so fine, you keep me rocking all the time." Even Neil Diamond claimed that this rendition is his favourite, despite it being covered numerous times. 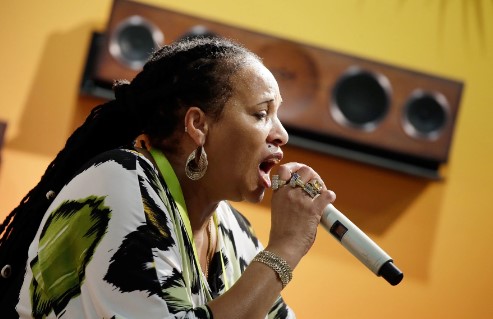 “What a bam bam, bam bam dilla, bam bam” You may not know the artist but you definitely know the song, or at least heard a few samples of it.

Inspired by Toots and the Maytals’ 1966 song of the same name, Sister Nancy’s Bam Bam is a true classic, and in 2016, was described by Billboard as “a strong contender for the most sampled reggae song of all time.”

Fans of reggae music will be aware that the term "Bam Bam" is widely used in the genre. Although Sister Nancy cannot be given credit for coining the phrase—that honour, of course, belongs to Toots and the Maytals—she can be given credit for its enduring popularity in the scene.

Even popular artists such as Kanye West, Beyoncé and Jay-Z have sampled this song. Unfortunately, it took over 30 years for Nancy to receive any royalties.

After overhearing a couple arguing about money while out for a stroll in the park, Desmond Dekker wrote Israelites.

According to Dekker, when the woman said she needed money, her partner retorted that his job didn't pay him enough. In response, Dekker started singing to himself the line, "You get up in the morning, and you're slaving for bread."

Dekker claimed that he had the entire song's lyrics written in his head by the time he returned from his walk. Jamaican Rastafarians were frequently marginalized during a significant portion of the 1960s, and many were persuaded to live lives of crime.

Israelites contain subversive lyrics like "I don't want to end up like Bonnie and Clyde," which demonstrate that the song was more than just catchy music.

Israelites, which was first made popular as "Poor Me Israelites" in Jamaica, is still the most well-known Jamaican reggae song to reach the US Hot 100 top ten.

When it was first released in 1969, the song was at the top of the charts in a number of nations despite the fact that few people could even understand the lyrics. 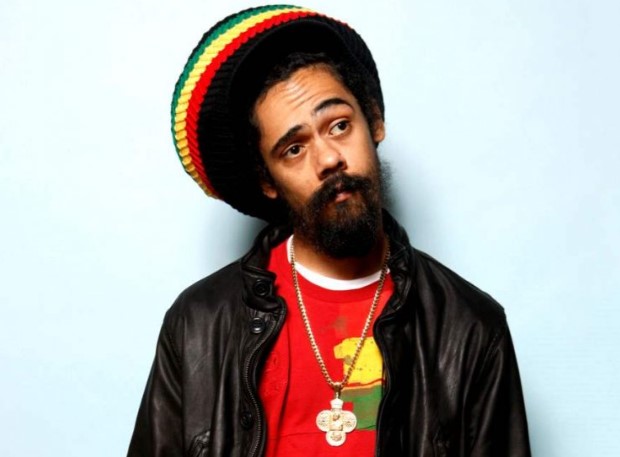 This track is more of a cross between reggae and dancehall and for some, the tone may be a bit aggressive in nature. But it really does give a preview into the life of many Jamaicans. In some ways, this song mirrors some of his father’s, speaking on crime, violence and corruption in Jamaica. 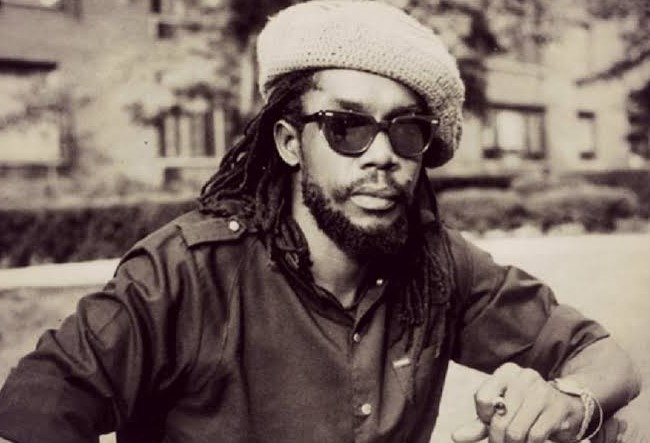 Legalize After leaving the Wailers, a group he co-founded with Bob Marley and Bunny Wailer in the early 1960s, it served as the lead single on Peter Tosh's debut solo album. As the song's title suggests, Tosh wrote Legalize It to promote the legalization of cannabis in Jamaica, particularly for medicinal uses.

It was also written in reaction to what Tosh called his own repeated treatment as a "victim" by Jamaican police as a result of his marijuana use. The song was outlawed after its initial 1975 release in Jamaica due to the controversy surrounding its lyrics and overall message.

Further attempts to "suppress" the song and Tosh as an artist were unsuccessful, hastening the writer's rise to fame and stardom worldwide. The 2005 compilation "1001 Albums You Must Hear Before You Die" features the entire album Legalize It.

9. Toots and the Maytals – Pressure Drop

Pressure Drop by Toots and the Maytals, which was recorded in 1969 and released in 1970, is a recognized classic.

The song, which was included on the group's 1970 album Monkey Man, contributed to their increasing notoriety outside of their native Jamaica. It was included on the soundtrack for the 1972 movie "The Harder They Come," which is frequently credited with popularizing reggae throughout "the rest of the world." In Rolling Stone's 2004 list of the 500 greatest songs ever, Pressure Drop came in at number 453. Old-school gamers may also be familiar with the song from the 2004 game Grand Theft Auto: San Andreas.

According to Frederick "Toots" Hibbert in an interview, the song's lyrics are about karma serving as a form of retribution.

The song and album are both named after Marcus Garvey, a prophet of the Rastafari movement and a national hero of Jamaica. Many people consider it to be the best reggae album ever made.

The song Marcus Garvey is a three-piece vocal ensemble, with Rupert Wellington and Delroy Hines also appearing on it, even though there is no question that Rodney is the main man.

Garvey's impact on the genre is undeniable, despite the fact that he passed away in 1940, many years before reggae was created. One artist who used Garvey as a reference in their work is Burning Spear.