What Is A Rasta Woman?
What Is Her Role In Rastafari? 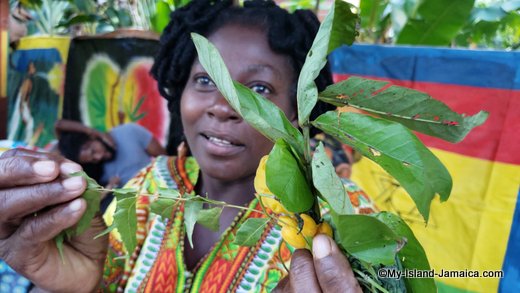 What Is A Rasta Woman?

Rastafarianism is a huge part of Jamaican culture. Most times, when we speak of the Rastafari, the men are at the forefront of its religion, lifestyle and culture. But what is the role of a Rastawoman in Rastafari?

History of the early Rastafarian Women

There was a clear division of labour, with males doing public work and women caring for the home. Decision-making was frequently excluded for women. A wife had to follow her husband's instructions, wear what he advises, and cover her hair. Rastafarian men were thought to be the means through which women found salvation.

Women rarely attended festivities and did not participate in public discussions for a large portion of the Rastafari movement. They were not considered an elder in the household either. The Rastafari had a clear idea that women should be subordinate.

But since the 1970s, the status of women has been shifting. Instead of being brought in by men, women are joining the movement on their own. They attend festivities, take part in chanting and dancing, and many no longer wear dreadlock covers.

Some men in Jamaica engaged in covert polygamy, where the spouses were unaware of each other, and claimed that this was a traditional African custom. Women opposed the practice, therefore it was not widely adopted.

Interesting facts about the Rasta Woman

Women were initially involved in the early groups, much as they were in related Revival movements at the time. Then, in the 1960s, women practically vanished outside of being spouses. Only a Rastaman could "grow" a woman into a Rastafarian.

In the group, women are expected to support their King and have a very minor role. Then, starting in the 1970s, women started to assert themselves as Rastawomen.

In most cases, their weddings are informal and remain common law in the legal sense. Although things are changing, a woman's primary responsibilities in the Rastafarian movement are still caring for the home, her Kingman and her children.

Because you are closer to God when you are in your natural state, Rasta males feel that being naked is beneficial. Rastas, meanwhile, think that women shouldn't flaunt their bodies.

Unlike women in "Babylonial society” or Western culture, Rastafarian women are Queens and are expected refrain from certain fashion norms. They cannot wear short skirts, or makeup, or use chemicals on their hair, among other requirements.

Due to their extreme adherence to the rigid scriptural tenets of the Old Testament, the Bobo Shanti order is the tightest regarding women's role. For Rastafarian women, abortion is likewise not an option because, like in many other world faiths, it is viewed as murder.

Since a Rasta woman is not considered in the decision-making process, a respectable woman in Rastafari is considered one who respects the men and complies with their requests. This runs directly against many of their other ideas about equality.

Rasta men frequently have multiple lovers, however, it is improper for Rasta women to do the same.

Some Rastafari women adhere to menstruation taboos, primarily refraining from cooking or going to Nyabinghi while they are menstruating. The duration of the prohibition varies among the mansions; it is 7 days for the Nyabinghi Order and 21 days for Bobo Shanti, but it is not present in certain of them.

The truth is not much has changed in the Rastafarian society for women, most still dress modestly and live within the confines of their religious rules.

However, like men, you will find many women in society wearing locs not for religious purposes but simply as a fashion statement.

What Is a Rasta Woman called?

Rastafarian women are commonly referred to as Queens and Empresses.

References & Sources For What Is A Rasta Woman?