Jamaican Scotch Bonnet
The Spicy Secret To Our Jamaican Jerk 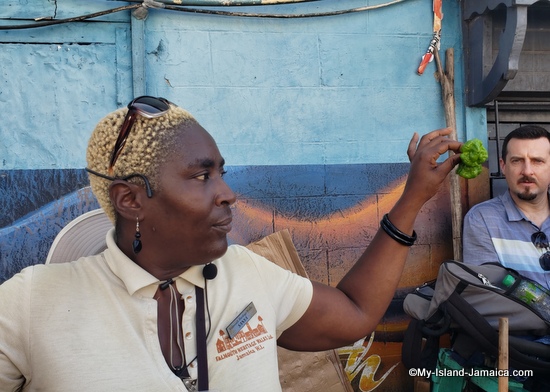 Jamaica is notorious for the hot and spicy flavours in its dishes. Whether it is some Curried chicken, Jerk Pork or Escoveitch Fish, Jamaican food is sure to give your taste buds a kick and have you panting and reaching for a glass of milk in seconds. But can you guess what the special ingredient is? The Jamaican Scotch Bonnet pepper of course!

What Is Scotch Bonnet Pepper?

Scotch Bonnet Pepper is a variety of chilli pepper, deriving from the Capsicum Chinense family of chillies and have a slightly sweet tone under all that heat. They are also known as Bonney peppers and Caribbean red peppers. They are frequently used in Caribbean dishes.

Where Did Jamaica Scotch Bonnet Pepper Come From?

Because we are going back in history to the late 1400s let’s refer to Jamaica as Xamayca, the island’s original name. Like many foods that are popular and grown in Jamaica today, its roots can be traced back to Slavery and even further still, to the time of the Taino people.

The Tainos moved from areas in South America and made it to the Caribbean. Because they were big on trading, and in so doing they would transport plants from their place of origin to many other countries. So much so that it is sometimes difficult to tell where what plant originated from. But how did the Tainos even get scotch bonnet pepper in the first place?

The true origin of the Scotch Bonnet pepper has been traced to Brazil, which is where a subgroup of the Tainos came from before they travelled and decided to settle in Jamaica. During their migration to Xamayca, they bought many items with them, the scotch bonnet pepper was among them.

Where Did Jamaican Scotch Bonnet Pepper Get Its Name?

While scotch bonnet pepper came from Brazil, its name has Scottish origins. The name “scotch bonnet” comes from the similarities in looks to the Tam O’ Shanter, which is a tam or type of bonnet typically worn by the people of Scotland.

How Hot Is The Jamaican Scotch Bonnet Pepper?

The scotch bonnet pepper packs some serious heat. On the Scoville scale which was developed in 1912 by Wilbur Scoville to test the heat levels of chilli peppers, it registers at a rating of between 100,000 and a whopping 350,000! Now that is hot!

Yes! Have you ever had a bite of the very popular jalapeno chilli pepper? Well if that was too much for you, you definitely don’t stand a chance with a scotch bonnet chilli pepper. While the jalapeno only registers between 2500 and 8000 on the Scoville scale, the scotch bonnet pepper registers at between 100,000 and 350,000, making it over 40 times hotter than the jalapeno!

What Are The Benefits Of Eating Scotch Bonnet Pepper?

The peppers are not only spicy and flavourful, they also a great source of vitamin A, B and C (absorbic acid), iron, phytochemicals, niacin, dietary fibre, flavonoids, magnesium and riboflavin.

But the capsaicin found in the plant, and where the plants heat comes from has made the most contribution to the medical system. Capsaicin is used in analgesics and circulatory stimulants. It is also what causes the burning sensation in pepper sprays.

Persons with ulcers are usually warned against the use of scotch bonnet peppers but the Harvard Medical School's most recent study proved that the pepper actually kills the bacteria which promotes the growth of ulcers in the body.

It isn't just the actual pepper that is used as some kind of remedy. The roots are used to treat asthma, the seeds are soaked in alcohol and used to relieve muscle and joint pain and the leaves are heated and used to treat insect bites.

So having a pepper tree of your own is probably a good idea.

How Do We Use Scotch Bonnet Peppers In Jamaica?

The Jamaican Scotch Bonnet chilli pepper is used in many dishes and is a key ingredient in Jamaican cuisine. Here are some of the dishes we popularly used in:

So if you are planning a trip to Jamaica soon, remember to grab some scotch bonnet pepper, they are usually found in the produce aisle in most supermarkets or you can visit any local market to get some. Worried about how you will be to store your Jamaican Scotch bonnet peppers until your next visit? Here is a spicy sauce you can try.

This sauce is great for those who like to sprinkle a bit of hot pepper over their meals and it also makes a great addition to your spicy BBQ sauce base or even to some jerk sauce or spicy chutney. What will you need?

Now, not only do you know where the Jamaican Scotch Bonnet Came from, you also know why it is named Scotch Bonnet, it health benefits and a spicy new sauce to try! Remember to keep a class of coconut water close by!